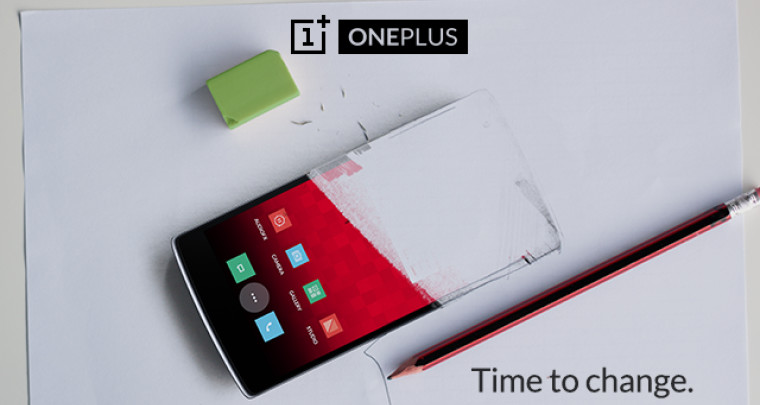 We’re always looking for ways to shake up the tech industry. And we think it’s time for change. Find out more June 1. pic.twitter.com/odrsSko6dB

It has been more than an year since the OnePlus One first went on sale in select markets and the rumors of the next flagship have been making the rounds for quite some time. OnePlus' CEO, Liu Zuohu, had confirmed that the company would release its next flagship in mid-2015 and the new teaser does indicate that the time might be near.

So far we have heard that the next flagship from OnePlus will feature top of the line hardware specs similar to the current crop of devices from competitors, such as the Snapdragon 810 octa-core processor, a 5.5-inch Quad HD display and 4GB of RAM to begin with. On the software side, we can definitely expect the OnePlus Two to run on Oxygen OS, owing to the company's breakup with Cyanogen.

It is possible that the device might be costlier than the previous one, as hinted by the the CEO of OnePlus in a recent interview. Rumors have also emerged that the company is aiming to release a cheaper variant of the device for emerging markets alongside the OnePlus Two to increase sales. Confirmation for these rumors should be made available in an official announcement next week.