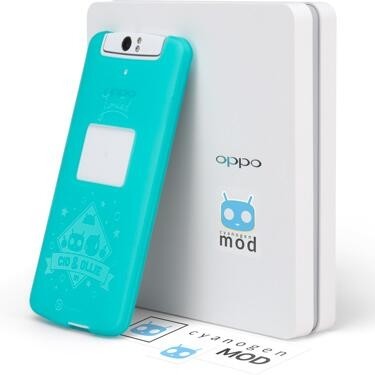 CyanogenMod powered Oppo N1 will be launching on December 24 along with built-in access to the Play Store owing to official certification from Google.

Chinese smartphone maker, Oppo, launched the N1 smartphone worldwide on December 10 with much fanfare from loyal users. The unique smartphone with a 13 megapixel swivel camera was also promised to get a CyanogenMod powered version at launch. Now, the plans are about to turn into reality with the imminent launch of the variant on December 24.

Oppo N1 will come with CyanogenMod 10.2 pre-installed which is based on Android 4.3 with future updates delivered over the air. CyanogenMod Inc has announced that the smartphone has been granted official status by Google and will be able to access Google Play Store out of the box which is not the case with CyanogenMod ROMs available for other smartphones where users need to manually install Google Play Store and related packages.

It is good to see Google officially supporting the smartphone although it isn't in favour of easy access to the CyanogenMod software through the Play Store.

Oppo N1 comes with a 5.9" 1080p IPS LCD display, quad-core Snapdragon 600 1.7GHz Krait processor, 2GB RAM, 16/32 GB of storage and a 13 megapixel swivel (rotating) camera. The pricing for the smartphone is not yet known but can be expected to be around $599 as the regular version.