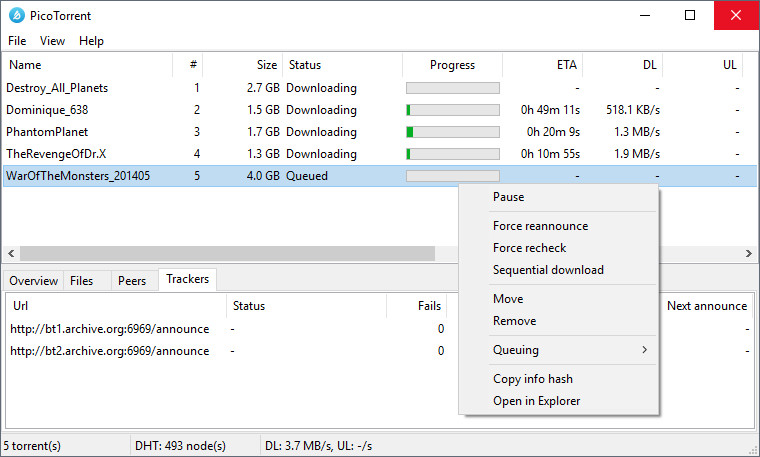 PicoTorrent v0.15 comes with a few fixes and also brings back the feature to move completed downloads which was forgotten in the wxWidgets rewrite. There has also been a few fixes to resolving paths which are based on the crash dumps that gets sent, so keep sending crash dumps. They help!