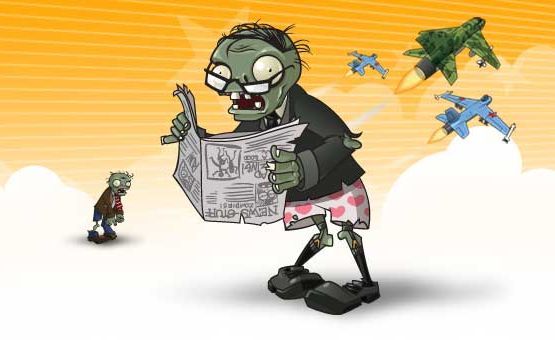 The game that helped to popularize the tower defense genre is now getting a sequel. Electronic Arts' PopCap Games division has just announced plans to release a sequel to its highly successful Plants Vs. Zombies.

The official press release is pretty low on details at this point, with PopCap saying only that it will be released sometime by late spring 2013 and that the sequel will have " a bevy of new features, settings, and situations". No platforms have been announced

The original Plants Vs Zombies was released first for the PC platform in May 2009 and let players defend their virtual back yards against hordes of comical zombies by setting up plants that had special powers and abilities. The game was an instant critical and sales success on the PC and has since been released for a number of other game consoles and mobile phone platforms.

Plants Vs Zombies was also the first game from PopCap that became a hit with the hardcore gaming community in addition to the developer's normal casual game audience. It will be interesting to see how the sequel will expand and improve, hopefully, on the first game's success.