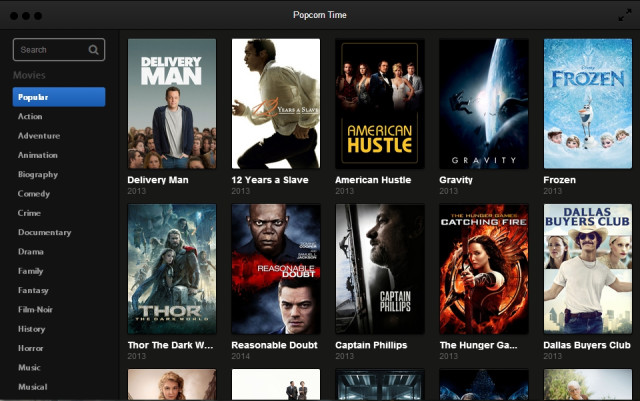 Popcorn Time, the multi-platform torrenting app disguised as a Netflix alternative, has gone offline. For those unaware, Popcorn Time was an app that allowed users to stream movies-- torrents-- just as you would stream a YouTube video. The creators claimed that Popcorn Time was perfectly legal, and that they had checked that four times!

However, it seems that it was all short lived, as the creators have put a message on their homepage detailing the history, accolades and reasons why they're shutting down-- including receiving legal threats that they don't want to battle.

Our experiment has put us at the doors of endless debates about piracy and copyright, legal threats and the shady machinery that makes us feel in danger for doing what we love. And that’s not a battle we want a place in.

They also spoke about piracy as a concept, and why it exists. They mentioned that it is not a problem with people, but rather a problem with the industry itself refusing to abandon old methods of content distribution. By this, it seems that they mean that the traditional model of a movie being released at theaters for several months before being sold on disc or streaming platforms is a model that encourages piracy.

We've shown that people will risk fines, lawsuits and whatever consequences that may come just to be able to watch a recent movie in slippers. Just to get the kind of experience they deserve.

..and they're right. Piracy will continue until the industry adjusts itself to cope with the demands of the 21st century. It doesn't matter what laws are in place-- they won't discourage as many people as the lawmakers seem to think, and will just serve to complicate things more than they need to be. The music industry has adjusted with things like XBOX Music, Google Play Music, and Spotify, and it's time for the TV and movie industry to innovate in a similar way.