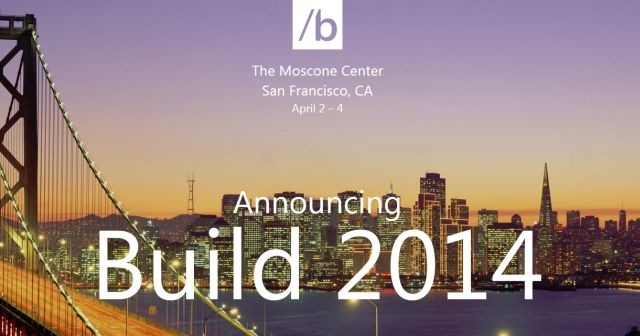 As we first reported in December, Microsoft will begin the registration process for its BUILD 2014 developer conference today, with the event itself to be held at the Moscone Center in downtown San Francisco on April 2-4.

The BUILD 2014 website states that the site will open for sign ups to the conference at noon Eastern Time (9 am Pacific time). The price for a ticket is $2095 for qualified developers. There's no word if Microsoft will offer a discount for students this time, as they have for previous BUILD events. While the cost for entry is high, the conference usually sells out rather quickly. Microsoft also tends to give out free hardware to attendees like Surface tablets and Windows Phone handsets during the event.

BUILD 2014 is likely to be a very newsworthy event, as recent rumors claim that Microsoft will use the conference to officially announce their plans to revamp the main Windows platform with their Threshold update, which may officially be named as Windows 9. More information on Windows Phone 8.1 is also expected to be revealed during BUILD 2014, and we may get a bigger demo of Microsoft's plans to offer a Modern UI-based Office suite at the event.

Update: Registration is now open and the site has revealed that there will be an academic discount which reduces the price down to $995.