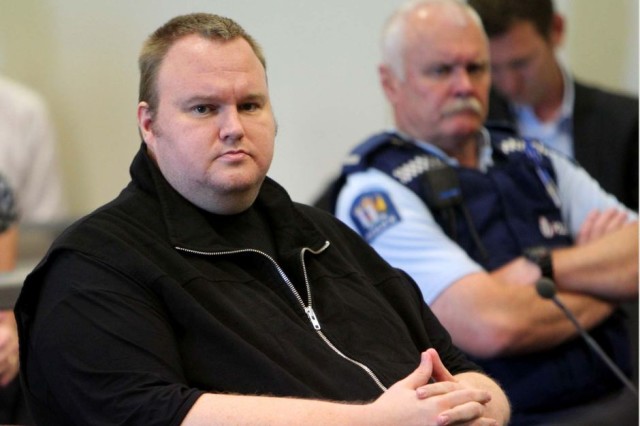 Dotcom could soon be running a political party from the comfort of his mansion.

The German born millionaire, who gained New Zealand citizenship in 2010, says he will be funding his political group “Megaparty” despite being ineligible to be a candidate. According to the Guardian, the 39 year old cannot be a candidate under New Zealand legislation. This is despite generous contributions to his adopted home including a huge fireworks show for the city of Auckland totaling NZ$600,000.

The eccentric entrepreneur hopes to provide an alternative for the youths and internet users in the upcoming election.

“My political party will activate non-voters, the youth, the Internet electorate. We are going to make politics exciting.”

Dotcom said the party is expected to be launched on Monday, two years after police stormed his mansion near Auckland and arrested him. While it is not clear what the party will promote, likely policies would protect freedom of speech and privacy. American prosecutors accuse Dotcom of promoting internet piracy through the now defunct Megaupload.

While fighting US attempts to extradite him, he has since recorded an album, become the first ranked Modern Warfare 3 player in the world and raised five children all under house arrest. DotCom argues he cannot be held responsible for those who chose to use his site to pirate songs or movies.

Source: The Guardian | Image via ABC