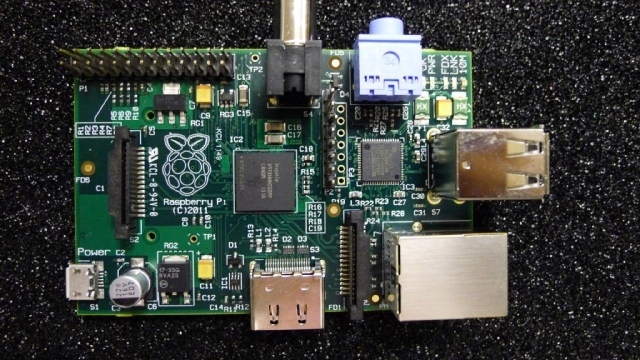 It's one of the cheapest PCs that people will be able to buy and it has finally started mass production. The creators of the Raspberry Pi PC announced this week on their official blog site that they have started creating units of the Model B version of the PC. The $35 model has an 700 MHz ARM11-based processor, 256 MB of RAM, two USB 2.0 ports, an Ethernet port and an HDMI port.

The creators of the Raspberry Pi are based in the UK. In their blog post they said that they had hopes that the PC would be made in their home country. However, the team ran into a number of issues with that plan, including pricing issues for making the PCs in local plants, much longer manufacturing periods compared to Asian plans and the fact that the UK government would impose a big tax on the company for the making of these PCs.  The blog site states, "So we have had to make the pragmatic decision and look to Taiwan and China for our manufacturing, at least for this first batch."

While the company is making the Model B version first, it still plans to make the $25 Model A Raspberry Pi PC with 128 MB of RAM, only one USB port and no Ethernet port. The team is investigating if they will be able to make the Model A version in the UK. There's still no word yet on when the PCs will actually go on sale.

Image via the Raspberry Pi Foundation