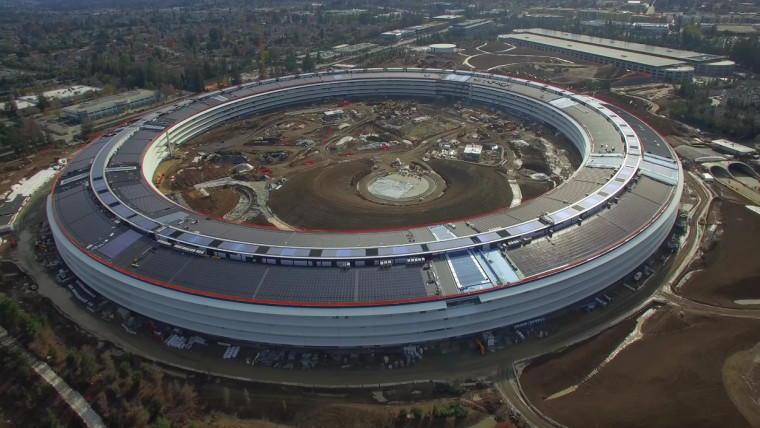 It has been five years since the late Steve Jobs initially presented his idea of Apple's new headquarters to Cupertino City Council. While construction didn't begin until after Jobs death, over the years, Apple Campus 2 has slowly materialized from being a vague outline of a circle to what we now see in the image above.

A little over a year ago, Campus 2 was nothing more than an outline in the dirt, but the newly shot video gives us a good look at the lay of the land and also provides important tidbits of information. Not only do we get a detailed look at Campus 2 that will house nearly 13,000 employees, but we also get to see the R&D facility and auditorium, where Apple will hold all future press conferences. What is probably most impressive is the sheer volume of solar panels that are being utilized for the project.

Although initial estimates put the completion date of Campus 2 at the end of 2016, it looks like Apple will need a bit more time before they can start actually using the facilities.