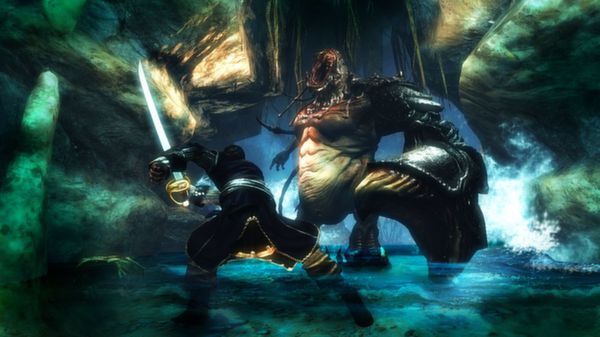 Sometimes, game developers and publishers like to release demos for games well before the full title is released. However, sometimes gamers are forced to wait weeks or months until a demo of a game comes out. That's the case for Risen 2: Dark Waters, the fantasy RPG from developer Piranha Bytes and publisher Deep Silver.

The game was released for the PC on April 26, but it was only this week that a free demo of the game was made available via Steam. The demo offers a way for players to experience the start of the full game, which has a bit of a pirate theme to it.

According to the description of the demo on the game's official web site:

The world is in turmoil, the Titans have devastated everything in their path with unstoppable force. Only the city of Caldera, where the headquarters of the Inquisition are located, offers a place of refuge for the people. It is repeatedly attacked by sea monsters, and supply ships are sunk en route. Nobody knows how long the walls will hold; food and weapons are gradually running out. The nameless hero sets out on a mission to put an end to the sea monsters once and for all.

Risen 2: Dark Waters is currently only available on the PC; console versions of the game won't be made available until later this summer.