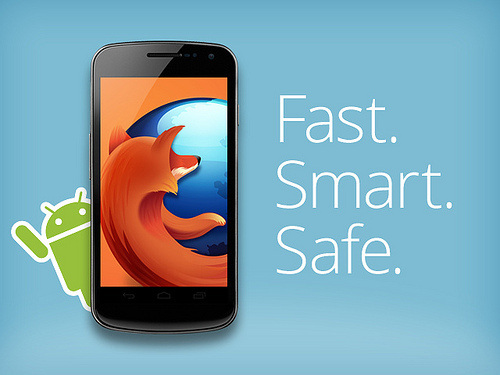 Mozilla has offered a beta version of its Firefox web browser for Android devices for a while now, but apparently we haven't seen anything yet. In a recent Twitter message, the company is teasing us with the above image as well as the message, "# Firefox‬  for ‪#Android‬. Something BIG is coming your way next week." The image itself says, "Fast. Smart. Safe."

A later Twitter post says that users can either wait until the big announcement or "... install the Firefox Beta app on your Android now ;)." Android smartphone owners can grab that beta version now from Google Play.

Next week also happens to be when Google will be holding its annual Google I/O developer conference in San Francisco. The timing of Mozilla's announcement cannot be a coincidence in this regard.