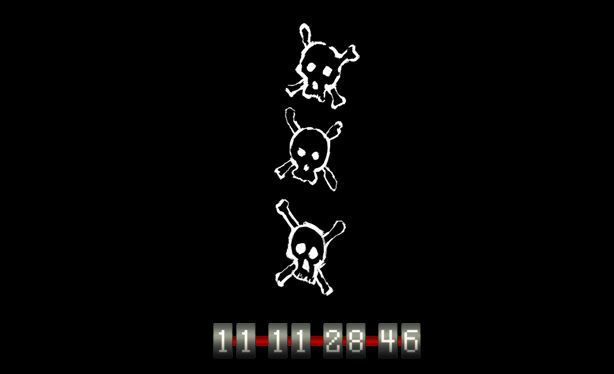 One of the most popular, and at the same time most infamous, game series of all time might be getting a revival. The Carmageddon.com web site is currently showing a countdown clock with three skulls in it. If the countdown is to be believed, something is about to be announced on Wednesday, June 1. We are betting it's the reveal of a new game in the Carmageddon driving action game series.

For those of you who may not be familiar, the game series, developed by UK-based Stanless Games, basically has you driving against other cars in a variety of settings. Not only can you drive and wreck your fellow racers but you also get points for driving over helpless pedestrians. Needless to say the game is one of the most controversial ever made. Some countries censored parts of the game's content (you ran over zombies instead of people) and some countries like Australia banned the sale of the game completely.

The first Carmageddon game was released back in 1997 for the PC by the now defunct UK publisher SCi (Interplay published the game in the US). The series was successful enough that it spawned two sequels (Carmageddon II: Carpocalypse Now and Carmageddon 3: TDR 2000). In 2004, SCi announced plans for a new Carmageddon game but the game was later canceled and the rights to the game were later bought by Eidos. In 2009 Eidos itself was purchased and merged with Square Enix. Indeed Square Enix Europe is listed as the current owner of the Carmageddon.com web site. We have about 11 days to find out what's going on with the countdown clock.