A Sony service is the latest victim of another attack, although this one involves a Sony subsidiary that is a Japanese Internet service provider. Officials at So-net Entertainment Corporation reported a breach by an online intruder who broke into the customer rewards site and stole $1225 worth of gift points from customers. This attack comes on the heels of the restoration of the PlayStation Network following almost a month of downtime.

So-net is a majority-owned financial unit of the Sony Corporation, with 58% ownership. In a statement to the Wall Street Journal, Keisuke Watabe, a spokesperson for So-net, said that while there remains a "possibility" that this has some connection to the PlayStation Network hacks, the company believes these two incidents are by and large unrelated as two different methods of intrusion (and motives) are in play.

In the attack, points were stolen from 128 customer accounts. 73 accounts were accessed with no modifications done. 90 So-net email accounts were also compromised. So-net has since issued a warning yesterday to its customers, stating that an individual tried to access the points service 10,000 times. The gift points are redeemable for online currency and Sony merchandise.

In other news, there is a rather embarrassing report of a live phishing site found on a Sony server. The server is for Sony's Thailand operations, and was discovered by F-Secure who have since blocked the site for their customers. A screenshot of the site is available below: 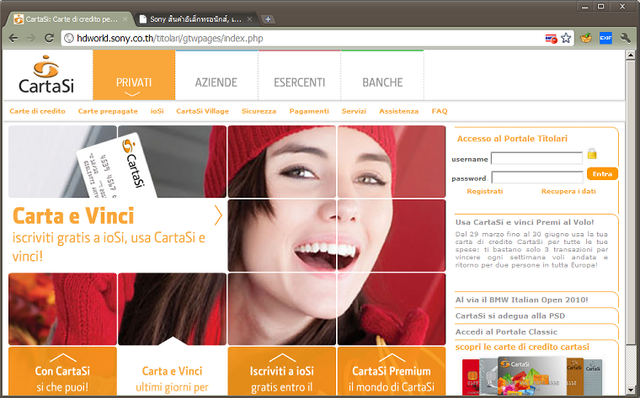