Develop is reporting that EA may already have access to the next generation console coming from Microsoft and has been tinkering with it for nearly a month.

Rumours have been circulating for a while now that Microsoft is gearing up their efforts to design their next console. In March, a job posting appeared looking for a Graphics Hardware Architect within Microsoft's Xbox Division. While it's a bit of a stretch to believe that this job was filled and hardware was designed quickly enough to get a prototype into Developer's hands just a month later, more than likely the prototype would be an early example of what to expect, with many changes yet to come. 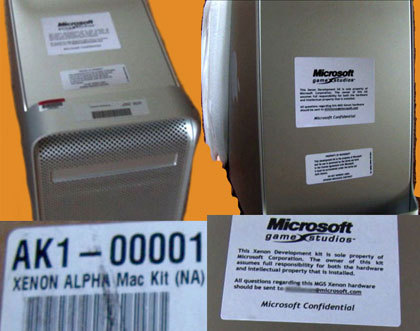 Microsoft relies heavily on 3rd party support for its existing consoles, so it makes sense that a large developer, like EA, would get such an early glimpse of the next console coming from Redmond, particularly as hype has started building up for Nintendo's own next-gen console, currently known as Project Café.

Interestingly, Develop's original source for this claimed that Microsoft may be rushing to demonstrate it at E3, however, another source later claimed that this was unlikely. Still, stranger things have happened and it would certainly make what's already looking to be a fantastic E3 even better.

Update: Kotaku are reporting that EA has flat-out denied the rumour.