It’s fair to say that Samsung’s current Windows Phone offering in Europe isn’t exactly mind-blowing. After its impressive Omnia 7 was released with the first wave of Windows Phone 7 devices in October 2010, the Omnia W was something of a disappointment for many, who saw its similar specs and smaller screen as not being much of an improvement over its predecessor, especially in light of increasingly superlative rival handsets, such as Nokia’s Lumia 800 and the HTC TITAN.

Samsung currently offers two devices in the US – the 3.7" Focus Flash (which is essentially the Omnia W in all but name) and the Focus S, a higher-end device with a larger 4.3” Super AMOLED Plus display. Many had hoped that Samsung might eventually bring the Focus S to Europe in some form, but a new report appears to quash that dream – but does offer hope of bigger and better things. 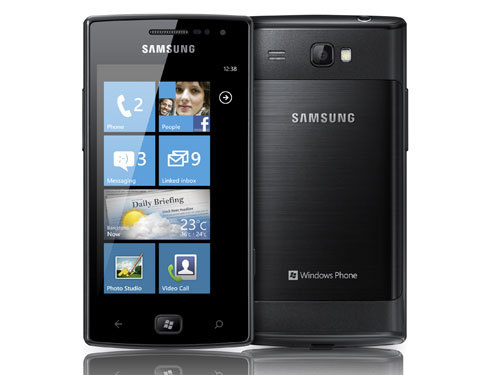 According to Windows Phone watcher Professeur Thibault, via trusted sources that he has spoken with directly, the Focus S will almost certainly not make it to Europe in any form. Samsung has reportedly offered it to numerous carriers and retailers in Europe, but they’ve viewed it as being too close in design to the Android-powered Galaxy S II. Although there are obvious differences in the operating system, the similarities in hardware design were presumably considered so great that Samsung’s retail partners didn’t want to risk any marketing confusion, especially with one of their most successful and most popular smartphones.

But that doesn’t mean that the Omnia W will have to soldier on indefinitely as the only Samsung Windows Phone in Europe. Thibault’s source also revealed that the company has numerous Windows Phones on its roadmap, and says that “they should be brilliant”.

That’s encouraging, but we can only hope that Samsung accelerates the pace of development, to deliver these exciting new handsets sooner rather than later.