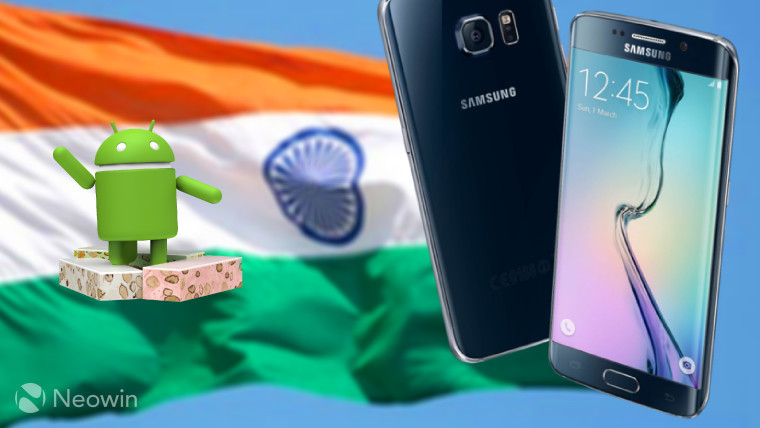 It's been eight months since Google originally released Android 7.0 Nougat, but the update is still slowly making its way to devices around the world. Samsung only began its rollout three months ago, starting with the Galaxy S7 and S7 edge.

Its Nougat update for the Galaxy S6 and S6 edge was briefly delayed as the company said it needed to "review its quality", but it finally began rolling out to those devices a few weeks ago. A report in mid-March claimed that Nougat had reached those devices in India, but it later turned out to be incorrect.

Now, though, it seems Android 7.0 is available for the Galaxy S6 and S6 edge in India. FoneArena reports that the 1.2GB update is heading to both devices there now, bringing the Galaxy S6 up to build number G920IDVU3FQD1, and the S6 edge up to G925IDVU3FQD1.

In addition to the various additions and improvements that Nougat brings, the update is also said to include the March security patches for Android.