Samsung launched the Galaxy S4 with a big media event in New York over two months ago and now it looks like the company has a few more things in the works it wants to tell the world about. Today, Samsung revealed it will be holding aa press conference that will occur in London on June 20th. 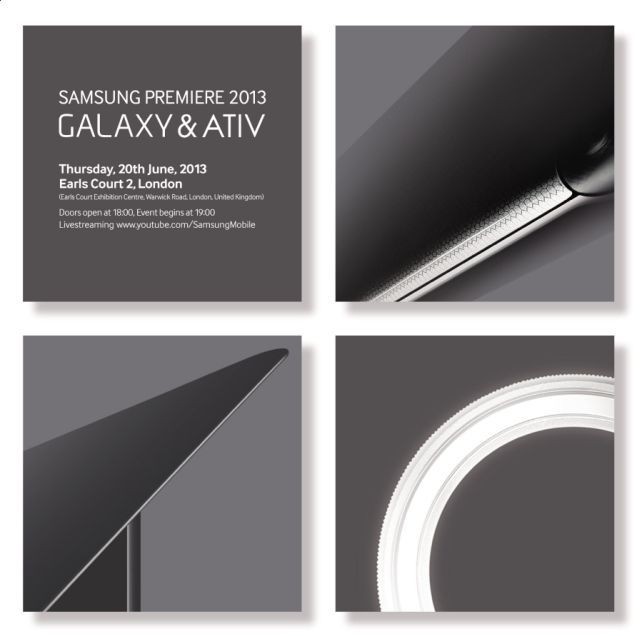 The announcement itself states that whatever Samsung has planned for that date, it will be related to the company's Galaxy product line, which uses the Android OS, along with the ATIV brand. Samsung recently revealed that it would start using ATIV as the name for all of their Windows PC products going forward.

That's all we know at this point, but the event is apparently important enough that Samsung will be live streaming it from its YouTube page when the time comes. The images that accompany the press announcement would seem to be close up photos of the products that are to be revealed June 20th. At least one of the images (the one on the bottom left) looks like it may be a tease of an upcoming laptop-tablet hybrid, but of course that's pure speculation at this point.