Seventeen years after its introduction in Windows 95, the Start Button and Start Menu is gone, replaced with Microsoft’s current technological marmite; the Start Screen. If you hate it, it’s here to stay. If you love it, well you don’t have to worry. 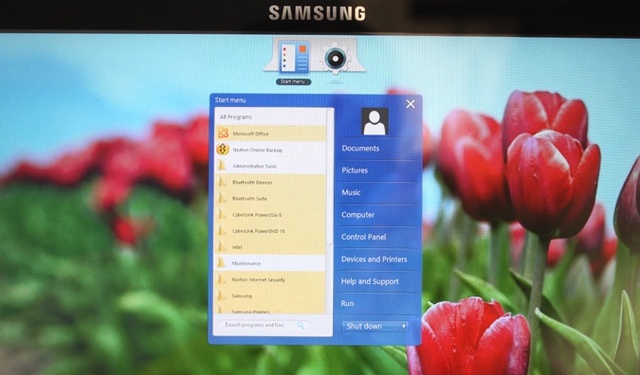 Samsung has followed Start8, from Stardock, in adding their own Start Menu to Windows 8. First seen back in August, the ‘S Launcher’ will be available as a download when the latest series of Windows 8 devices hit the shelves. The final product won’t be included when the products ship.

While not as polished as Stardock’s Start8, it still gives users the familiar interface that the Start Menu has offered since Windows XP. Documents, Pictures, Computer and even quick access to Shutdown are all available in one handy package. It’s more of a gadget than a Start Menu, adding an Apple-esque dock to the desktop. Let’s hope the patent wars don’t bleed into the desktop world! 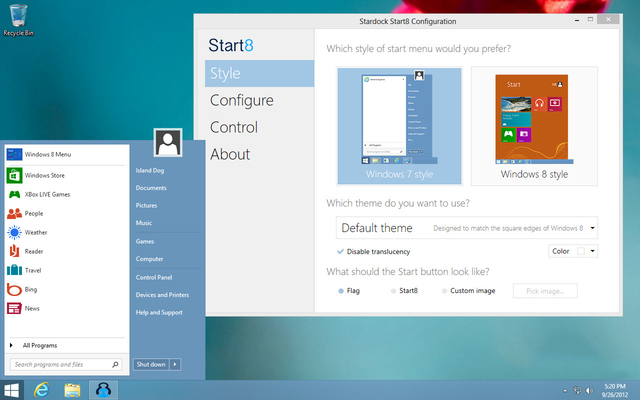 Microsoft is adamant that the Start Button and Start Menu are gone and the Start Screen is the interface to move Windows into the touch-centric world of tablets, hybrids and touch enabled monitors.