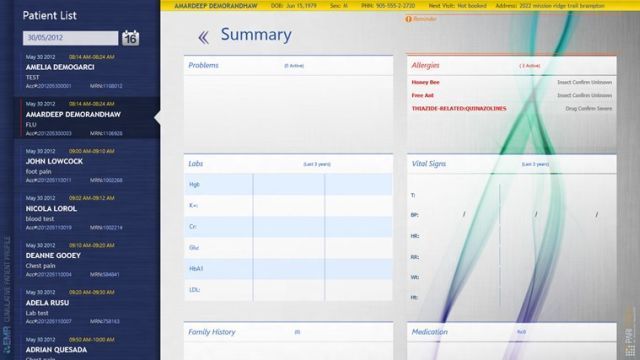 You may remember that a few weeks ago, we reported on a rather unique Windows 8 app that made an early appearance in the Windows Store. It was called EMR Surface and it was created by a company called Pariscribe for the medical industry. Specifically, it was made for medical offices to help them check on data from their patients. It is also currently the most expensive app Windows 8 app in the Windows Store at $499.99.

Since then, Pariscribe has released a second Windows 8 app, Patient Registration, that's priced at $249.99. We wanted to find out more about the company and their rather unique Windows 8 enterprise apps, and thankfully Manny Abraham, the president and CEO of Pariscribe, was happy to answer our questions.

First, can you tell us about your company's background in creating software for the medical industry?

Pariscribe was founded in 2008, and its leaders have been in the healthcare industry building applications since 1999. We were the first to create a web-based EMR and radiology information system in 1999, and over the years of building and selling web-based applications have learned much about their benefits. Pariscribe was created when customers of our previously-built products who preferred our approach to products and functionality, approached us to create a set of modernized applications because of the stagnant advancement in medical applications in recent years.

Well, my first reaction was that it was about time - and this will change the world as we know it for business applications. This ecosystem bridges the gap of owning multiple devices such as laptops, desktop PCs, tablets and phones, to allow us to build applications for a single device that can transcend the many available form factors. We also think Windows 8 adoption will be high for consumers because organizations can allow consumers to use their own device and significantly lower cost of ownership for everyone. Now in building applications using Windows 8 for mobile and PCs, we have the ability to talk and integrate too many systems and components that have few or no options for integration with Apple and Android operating systems. As well, our interest was really peaked on the potential for doctors to use swipe, touch and gestures while documenting in healthcare applications, the tablet form factor and its tools, all in a natural intuitive way to support the way clinicians practice while on the move.

Why did Pariscribe want to jump in early and make apps for Windows 8 for its launch?

We truly feel that this is going to change the world for business software development companies and in our case the way clinician's document and use technology. With previous OSs, users faced the expense, processing overhead and lack of touch screen applications and devices that supported them. We feel Windows 8 will dramatically shift the landscape for the user. As you may know, it is estimated that there will be about 400 million PCs shipped in the next year with Windows 8. This will position us well in offering software choices for consumers.

Overall, are there any tricks to making a touch screen based Windows 8 app compared to making a regular PC app?

Yes there are. The available tools to build the user interface has dramatically shifted and it is critical to understand the significant paradigm shift in designing user interfaces. With the power provided by Windows 8, the possibilities to improve the user experience seem endless. Using taps, double taps, swipes, charms as well as using NFC, GPS and other tools has a profound effect on the consumer experience. A whole set of new functions previously only available in phones are now on other devices that will support application development for both consumers and business user and drive adoption. 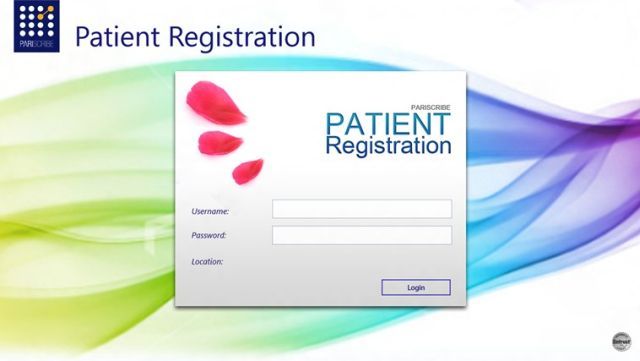 What can you tell us about the apps that are currently available for Windows 8 from Pariscribe?

Currently we have two applications certified and available on the Windows 8 Store. The first one is the EMR Surface app. It is an electronic medical record built for clinicians to help them document care more efficiently than any other product available today on the EMR market. The second app certified and available on the Windows 8 Store is Patient Registration, which is designed to help busy healthcare locations receive patients on arrival at the clinic. With either a tablet or kiosk-style workstation, it can provide self-serve patient registration services like check-in, booking of follow-ups or answer pre- and post-appointment questionnaires.

The company's apps are certainly very expensive compared to the other apps in the Windows Store. Why are the apps so highly priced?

That perception so far is a sign of what is so unique about the Windows 8 ecosystem - beyond the apps that are typical of mobile operating systems, Microsoft is committed to supporting its traditional customer base with the availability of serious business applications in the Windows Store. Although they seem highly priced compare to free or low-priced apps that we are used to seeing, EMR Surface and Patient Registration are serious business apps that we believe deliver better value for money than any competing products in the market.

What's been the reaction from your customers so far on Pariscribe's Windows 8 apps?

We have received many kudos from our customers and the industry as we have invested heavily on Windows 8 development. Feedback we have heard is that it takes seconds to do things using our Windows 8 app that can take minutes using a traditional mouse-based software. As well, we have heard that our ability to integrate with other devices and peripherals, as was almost impossible with Apple or Android OSs, is huge for our customer base.

What other apps is Pariscribe developing for Windows 8?

We are excited about our next app, which is currently in certification - it is called MyHealth Surface, an app that gives consumers, and their immediate family, the ability to store and record personal health information in a centralized location. It provides all functions that our EMR Surface app does for clinicians but a few such as medication ordering, diagnostic ordering (which you cannot do with this app), for personal use by the consumer at a price of $1.49. It will allow up to ten household records to be securely captured, stored and accessed when and where needed. As well it allows the consumer to export or share their health information with any provider or system. There are few other apps in development, the next being our dental practice system called Dental Surface that should be available in the coming months. As well, in development are Circle of Care to support multi-disciplinary teams in hospitals and Find a Doctor to help consumers to find and connect with clinicians.

How do you feel about some of the comments made by other app developers that feel that the Windows Store and Windows 8 are making the PC more of a closed system?

I think this perception will shift as the Windows 8 ecosystem is experienced by both business and consumers. Microsoft has never been about closed systems and that is not how they operate. Business has always been well supported in this way with the broadest integration across the technology sector, and I have no doubt that this will be key in driving adoption of Windows 8 apps and devices in consumers.

Well, I would like to say hang on tight as this is going to be a fun and wild ride and get on-board before you are left standing in the dust. And be excited about how this is going to change how you work.

We would like to thank Mr. Abraham for his time