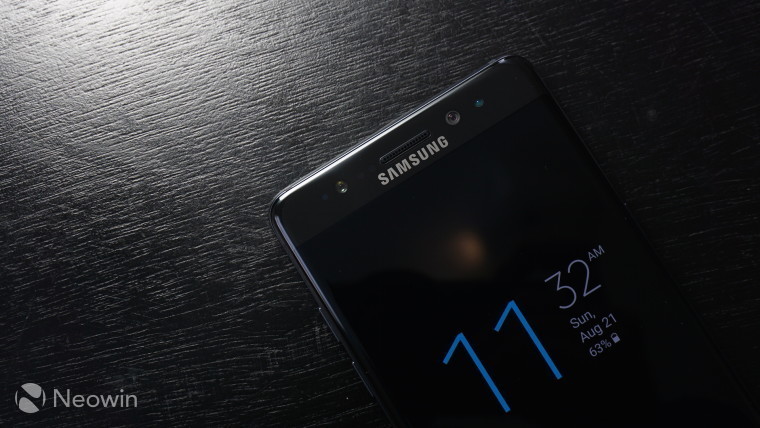 Samsung has recently faced quite an embarrassing debacle after its latest Note flagship, the Galaxy Note7, was reported to be a fire hazard, following a series of incidents in which the handsets caught fire, even during 'normal use'. The company eventually announced a massive recall, asking users to return their Note7 handset.

With this in consideration, Samsung has started preparing replacement units for its customers. But how exactly will they know that the new devices are safe, and not from the batch of defective units?

When retailers and customers receive these new Note7 smartphones, their box will be marked with a small black square on the barcode sticker. Also, a more prominent sign to tell that the device is safe is the blue 'S' mark that can be found on the upper right portion of the side of the box.

Moreover, Samsung will launch an IMEI database tool online tomorrow, where customers who were affected can enter their device's IMEI number, and find out whether the device they have been provided with is a hazardous one, or a new replacement. Alternatively, owners can call Samsung customer service to have their device verified.

As of now, those affected can have their device replaced, or ask for a refund. In the US, you can also opt to swap to a Galaxy S7 or S7 edge. If you happen to own a Galaxy Note7, it is highly recommended that you power down the device without delay, in order to prevent any more accidents in the future.