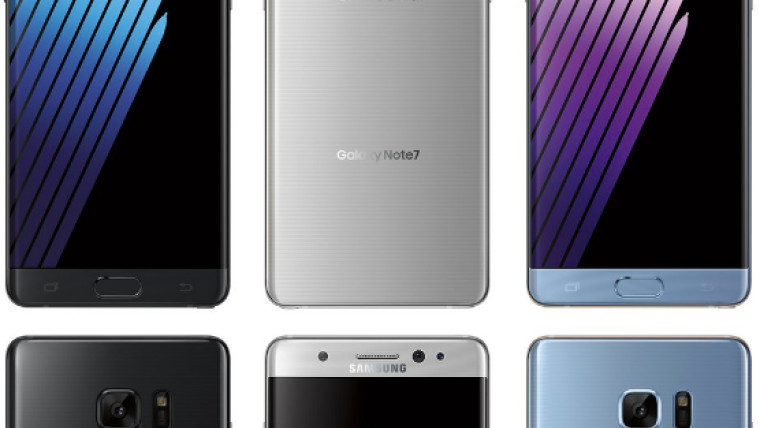 In what can only be described as a shocking and unexpected turn of events, Samsung Mobile's president announced that the upcoming Galaxy Note 7 would feature ...wait for it ... improved note taking!

The Galaxy Note 7, or Note7 as Samsung calls it, is probably the company’s worst kept secret. The new device has been leaked countless times, with its specs, design and even press photos showing up online months ahead of schedule.

But now that the company has officially announced it is holding an event on August 2nd, where it will no doubt unveil the new device, its executives are being a little laxer with the info they’re letting out. None other than Dongjin Koh, the president of Samsung Mobile, let out some tidbits about the Galaxy Note 7.

According to him, Samsung has focused on the note-taking aspect of the device, with the company “upgrading software for user convenience”. Though that’s little to go on, there’s good reason to think that the S Pen has likely learned a few new tricks as well.

Koh almost addressed the competition between his own company and Apple, which is also expected to launch a new line of iPhones this fall. Koh mentioned that Samsung wasn’t looking to take cues from Apple, instead relying on the desires of its customers.

Finally, Koh warned that Samsung’s strategy no longer relies on pure sales figures, because most markets are already saturated with smartphones and tablets. Still, despite this warning, Samsung seems bullish for its upcoming quarter, projecting its revenue to hit $6.9 billion. If it does, it’ll be the company’s best quarter in two years.

In either case with the August 2nd event coming quickly towards us, we won’t have too long to wait before we get to officially see what Samsung has been working on for the Galaxy Note 7, and how its fans will respond to the new device.