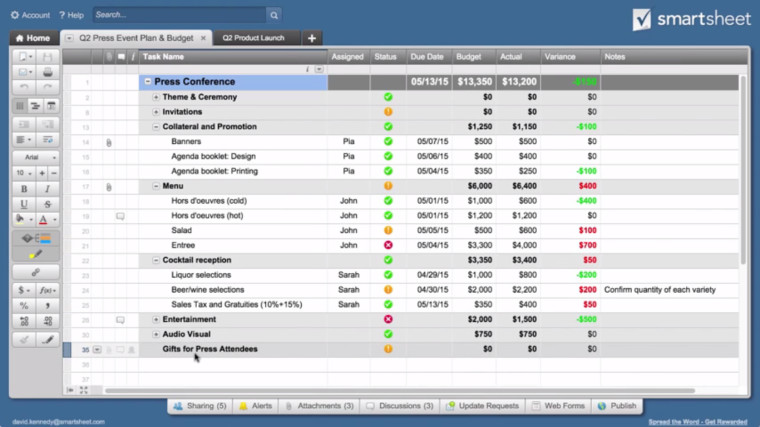 Smartsheet has announced a beta application that integrates with Outlook allowing users to collaborate on spreadsheets using emails.

During yesterday's keynote at BUILD 2015, Microsoft announced support for third party applications in Microsoft Office. Many partners such as Uber, PicHit and Smartsheet showed off their apps integrated with various Office applications.

Smartsheet has now officially launched a beta version of its application on the Microsoft Office Store with some really useful features. The app integrates with Outlook on the desktop, allowing users to convert any email item to a shareable collaborative sheet in a Smartsheet project.

Existing spreadsheets can be attached to Outlook mails and assigned to others for further collaboration. Users can also search for the required sheet or project without leaving Outlook.

In addition to the launch of the Office integration app, Smartsheet also showcased prototypes using the Office 365 API for Outlook, OneDrive and Contacts. The company expects to make the most out of its partnership with Microsoft.