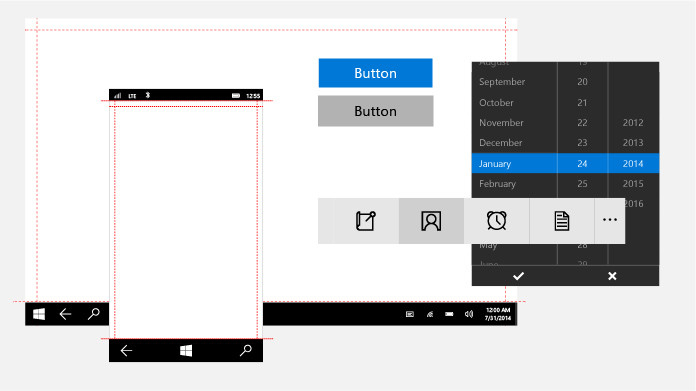 Microsoft has published detailed guidelines for working with the "Adaptive UX" of Universal apps on Windows 10.

With the upcoming release of Windows 10, Microsoft is introducing a new responsive design language for apps that will help them adapt to small screen sizes of smartphones to full fledged desktop computers. However, there are certain guidelines that have been published by Microsoft that need to be followed by developers for bringing a consistent experience to the apps. 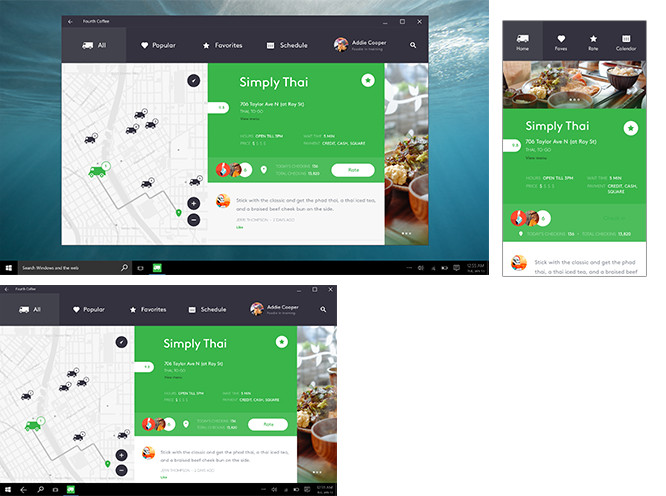 Starting off with the basics, developers can acquaint themselves with the various device types that can run Universal apps. Further, Microsoft has detailed various UI elements, navigation flow and content presentation basics for each of the device types. Each guideline is backed with MSDN examples and tutorials as required.

In addition to the UI design, the website also provides information about implementing core functionality in Universal apps and usage of various sensors, GPS and camera modules. Some of the reusable UI components and templates for wireframing in PowerPoint and Adobe Illustrator formats have been made available by Microsoft to get developers started.

The complete guidelines can be accessed at the source below..