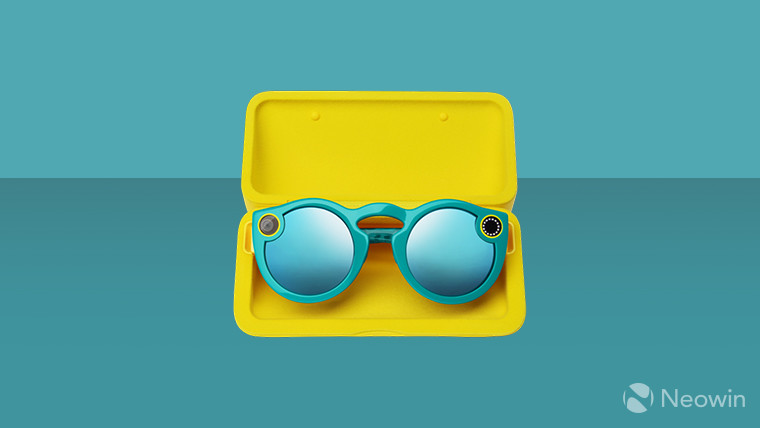 Snap will reportedly be launching a sequel to its smart eyewear Spectacles later this year, according to Cheddar.

The 2.0 version of Snap's Spectacles will be focused on quality and mostly feature performance improvements, added water resistance, and new colours.

The company also plans to launch a third version of the product. This hat-trick iteration is allegedly being tested with a new design - aluminium being one of the material options possibly present - as well as a dual camera setup for 3D depth effects.

The third product version will reportedly see it moving more upmarket, with a leather case, a built-in GPS, and a cost of more than double the current $130 price being part of the package. To that end, partnerships with companies like Luxottica and Warby Parker are said to be in the works. This is because Snap wants to position itself more as an eyewear company.

Snap is planning to invest in AR capabilities for future Spectacles, with supposed integration between the smart glasses and Snapchat's pre-existing AR Bitmoji avatars and lenses.

The firm's first iteration of smart glasses didn't exactly take the world by storm, as reports of "hundreds of thousands" of unsold first-generation Spectacles were making the rounds three months after the product's debut. Snap data also learned that people who actually purchased the devices would stop using them within a few weeks.

It's unclear why Snap thinks a new iteration of spectacles could solve, especially since the project is reportedly beset by missed deadlines.

The new Spectacles are allegedly on the table to launch in the third quarter of 2018, but a delay could still happen if Snap misses its target again.