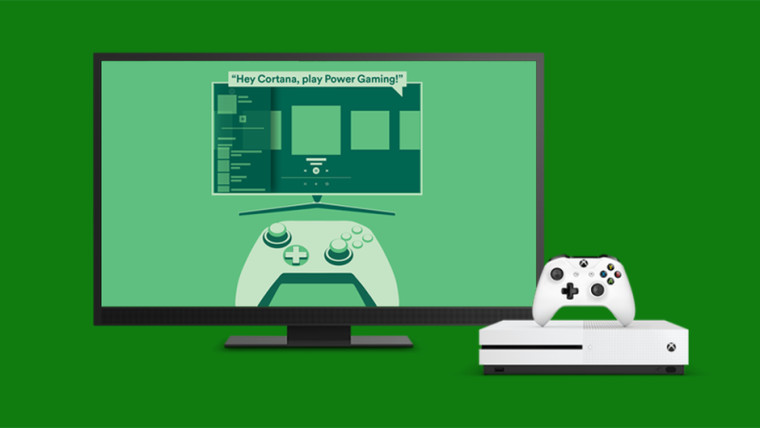 Spotify brought its desktop application to the Microsoft Store (then known as the Windows Store) in June of 2017. It wasn’t an app built atop UWP, and thus was limited to Windows 10. In August, Spotify introduced an app built from the ground up for the Xbox One.

Today, that app is getting a major update; as put by Isabelle Forslund, Product Marketing Manager at Spotify, the new app introduces an “improved experience making it easier to find the perfect soundtrack, including recommended music based on listening.”

A key highlight of the update is support for voice control with Cortana, though it’s limited to the U.S. for the moment. This integration makes it possible to simply ask Cortana to play a track, playlist, and even pause or skip a track, all without leaving the game session.

A new “razor sharp design” for the app makes it look much alike its versions available for PlayStation 4 and Roku, and provides easier access to the ‘Made for You’ hub, your library, and your recently played songs. Furthermore, the Xbox One Guide now has shuffle and repeat buttons.

In addition, there's a new “Gaming” genre that features curated playlists “just for gaming.” It appears to have a good variety – though that certainly may depend on your region – and features OSTs for several AAA titles like Forza Horizon 4 and FIFA 18. There’s a Grand Theft Auto playlist featuring titles such as Michael Jackson’s Billie Jean and Touch Too Much by AC/DC, perhaps serving as a good replacement for the in-game radio.

As usual, Spotify will provide better recommendations for background music during your gaming sessions with time as it will learn what you like to listen to during those sessions.

The new update is rolling out to all 34 countries in which Spotify is available via the Microsoft Store. Though, as mentioned, the Cortana voice commands are limited to the U.S. for the moment.