A new beta version of Valve’s Steam client has been released and with it comes a number of new features and improvements to the gaming service.

The first major new addition comes in the form of screenshots. Steam now allows gamers to take screenshots while in-game without needing an additional application to do so. Screenshots are also automatically uploaded to the steam cloud once a user exits the game they are playing, or they can be uploaded right away via the in-game overlay menu.

Once screenshots are uploaded, they can be managed through the Steam community site and can then be placed onto a user's Steam Community Profile so that friends can view them easily. They can also be shared on social network sites such as Facebook and Twitter. According to NeoGAF users, it seems that Valve put aside a hefty 1GB of uploading space for screenshots.

The next big change is an improvement to both voice input and voice output quality. Microphone voice input quality has increased from 11khz to 16khz, while voice output has increased from 8khz to 16khz. Although the size improvements are small, we have noticed that the quality is quite a big jump in a few short games we played with other Steam beta users.

A small number of additional fixes have been made in other areas, such as game invites being given their own panel and download rate description improvements. A full run down of the features can be viewed on the NeoGAF forum post.

All in all, this is another step up for the service and the voice chat improvements alone are well worth the download. You can view some screenshots taken in game on our Steam community page. You can opt-in to the Steam beta by going into your settings and following the links. 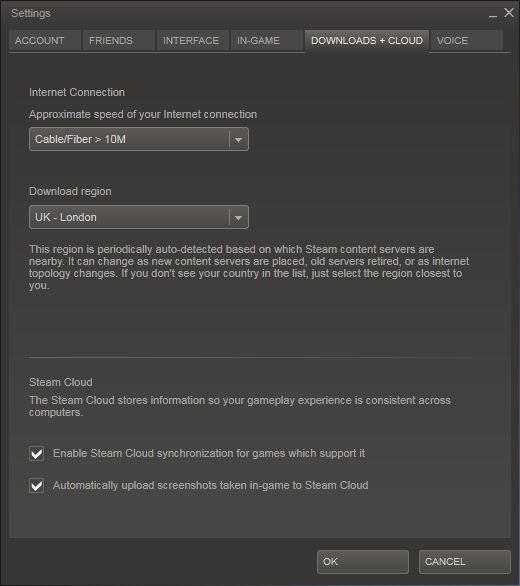