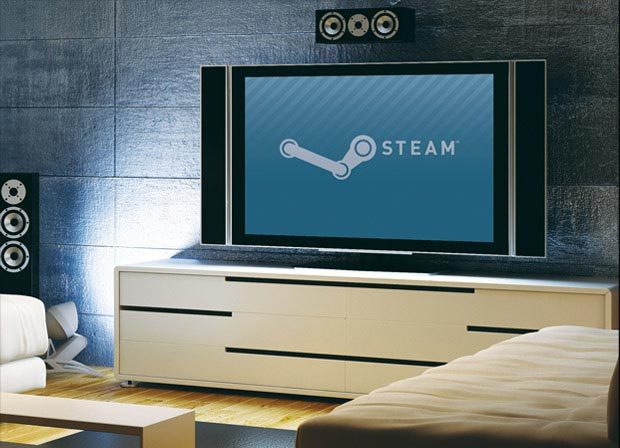 Promised since 2011, when Valve announced plans, at GDC (Game Developers Conference) for a Big Picture Mode on Steam, the mode that lets you hook your games machine to your big television screen is about to become true. Valve states that Big Picture mode offers controller support and navigation designed for television interaction.

Our partners and customers have asked us to make Steam available in more places. With the introduction of Steam on the Mac, and soon in Portal 2 on the PS3T, we’ve done just that. With Big Picture mode, gaming opportunities for Steam partners and customers become possible via PCs and Macs on any TV or computer display in the house.

Since the GDC presentation, in March 2011, little has been said, but now, at the 2012 Develop conference in Brighton, Jason Holtman, from Valve, opened the lid on the subject, telling PCGamesN, that:

"We have all this great content, and it’s super good looking. You own Skyrim on Steam, and a huge television, and 5.1 Surround, why wouldn’t you want to see it there. Customers are constantly saying, ‘I’ve got all this content from you, and I’ve got this other great display device and sound device – can you make this work?’ We’ll ship and see what happens. We’re agnostic as to how people plug that in and how they use it. We’re trying to make it a really good initial experience, and then see what happens.”

Some will ask what is the real use of this, as they've been connecting games machines to TVs for ages.  My guess is that Valve is trying to make it intuitively usable by anyone, a way to extend the use of Steam to more users... in their living room. Remember Steam as been very much, up until now, a PC centric interface.  As Valve states, when mentioning Big Picture, "It’s time to come out of the den and explore a few more rooms of the house." Besides, let me add, to keep their business model alive they need to think of ways of extending it to other places.

The new system offers, Valve continues, "a simple, easy-to-read navigation designed specifically for TV. With full controller support, big-picture mode will let gamers kick back and enjoy their favorite games on the biggest screen in the house."

For publishers, Valve states that Steam’s big-picture mode doesn’t require any additional development. They just need to ensure their game works well with a controller, and the Big Picture system takes care of the rest.

One last note for PC and Mac users: don’t worry, keyboard and mouse aren’t going anywhere — users will be able to switch between input devices at any time.

So, get ready for some new action in your living room.