Valve is finally going through with the Steam Big Picture Mode upgrade it promised a while ago. In a new beta update to Steam, the company has rolled out the new "controller-first interface" that was originally designed for its massively successful handheld PC, the Steam Deck.

As the Steam Deck's interface was designed from the start to be used in both handheld and docked modes, it has translated well to be used on standard PC environments that use controllers. This will be the biggest update Big Picture Mode has received since its debut 10 years ago.

Here are some of the biggest new features that's included in the beta test running right now:

To join the test, Steam users must first opt into the Steam Client Beta build by going into Steam Settings > Account > Beta Participation and choosing the option from the dropdown menu. They must then edit the Steam launch shortcut and add "-gamepadui" as a launch parameter before launching the platform through that. 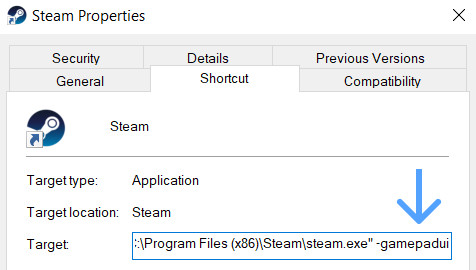 Valve said the new interface still needs some polish, but that it is happy with the current state enough to open it up for more feedback before going live to everyone. Those opting into the test can leave feedback for Valve on the official Big Picture Steam group discussions page here.