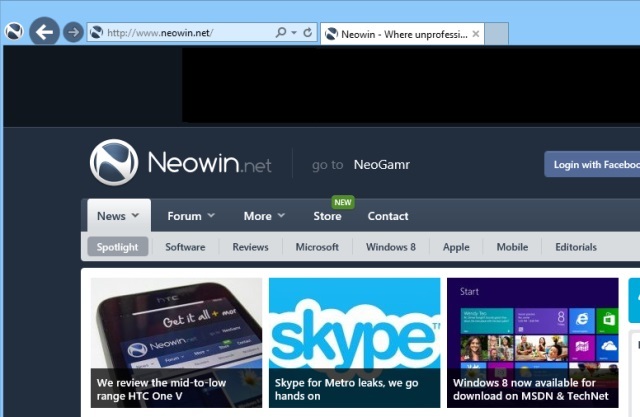 IE10 goodness is available exclusively on Windows 8 at the moment.

Back in June we attempted to find out when Internet Explorer would make an appearance on Windows 7, but Microsoft remained tight-lipped and would offer no indication of when this would happen.

Two months on, and we're still no closer to finding out.

What we do know is that Microsoft is committed to bringing IE10 to Windows 7 as well, but has not provided any updates to this commitment for some time. The last "Platform Preview" that could be used in Windows 7 was released back in June 2011, since then the third and fourth previews have only been available exclusively for Windows 8.

On Wednesday Microsoft released an update to IE (version 9.0.9) via Windows Update and blogged about it; nothing in the post talked about IE10 and if the same issues also affected it in the Release Preview or RTM, the latter being made available to MSDN and TechNet users on the same day.

People who asked when IE10 would be made available for Windows 7 in the comments went unanswered.

Microsoft also recently posted up a new KB article on the availability of IE10 which states:

Note Internet Explorer 10 is included in Windows 8. It is not available for Windows 7 or earlier versions

As pointed out here in our forums and here, IE10 will eventually be made available for Windows 7, we just don't know when!