Along with Microsoft's new Surface Book and Surface Pro 4, which they announced last month, they also released a host of new accessories, including the new Surface Pen with new tips, along with a new Surface Dock. Being a proud owner of a Surface Pro 3 and dock, I was particularly excited for the new Surface Dock and the ability to set up multiple monitors, rather than having to plug one directly into my Pro 3 each time I wanted to be extra "productive".

So today I am taking a look at the dock, and at first glance the changes are immediate. No longer is the dock something that the device slides and snaps into, but the design has instead been swapped for a simple box that you can place on your desk. You can then connect to your Surface Book or Pro 4 with a single cable through the newly renamed Surface Connect port. The new dock also has this nice rubber base, which should keep it from sliding around on your desk, though I foresee the short (approximately two foot) Connect cable causing some issues for some people who would prefer that their dock be in a certain location.

Not everything is migrated from its predecessor, as the dock has gained and lost some features. In terms of USB ports, it has shed the USB 2.0 ports found in the previous generation, in favor of the 4 USB 3.0 ports. Two of these are located on the front for easy access for flash drives or plugging in a cable to charge your phone or smartwatch. It's also worth noting that these USBs are always powered - meaning your Surface device doesn't have to be attached, which is a nice touch. Honestly, having only four USB ports is too few for my setup, and I still had to plug in my USB hub. While this worked, it feels like an unnecessary workaround, especially given the dock's $200 price tag. Perhaps future models will squeeze in more USB ports, and maybe even some USB type-C.

The new model adds an additional Mini DisplayPort, bringing the count up to two. It's worth noting that the dock cable does block the Mini DisplayPort on the Surface Book, though this shouldn't be a problem for most. If your monitor is capable of daisy chaining, you can drive up to three monitors (minus the device's display) with the dock hooked up to the Surface Book and Surface Pro 3/4. With the two Mini DisplayPorts on the dock, you will be able to output resolutions of up to 4K, though plugging in two 4K monitors will limit your refresh rate to only 30 Hz, as opposed to a single monitor running at 60 Hz.

The setup of the Surface Dock is dead simple - unpack the device, plug in the power cable to the brick, and the brick cable into the back of the dock. From there, you simply plug in all your peripherals and finally the Surface Connect cable - following several Windows USB device connect sounds, you will be ready to rock.

For my setup, I ran two Dell S2715H Monitors, which are 27" running at 1080P at 60Hz. You can see this set up above, as well as in the gallery below. Additionally, I hooked up all the accessories I used with my older Surface Pro 3 dock, a Razer Naga Epic Chroma mouse and Black Widow Chroma keyboard. All of these were easily powered by the dock's ample 80W power supply. I didn't have any issues with the amount of power offered by the dock, and was able to easily power all my accessories, as well as charge up my new Lumia 950.

Speaking of charging, the Surface Dock - as you would expect - charges the Surface device as well, though that extra power I mentioned earlier won't translate to a lesser charge time. However, as I mentioned in my article on the Surface Book's batteries, you can charge the base of the device while you use the clipboard portion. You could even charge the clipboard with the included Surface charger while you charge the base. Not the most convenient charging strategy, but something to keep in mind.

Overall, it appears that the Surface Dock is a nice upgrade over the previous model. The new design means that you won't have to upgrade it everytime you get a new Surface, as future models should all utilize the same Surface Connect port. Additionally, the extra Mini DisplayPort should please those that previously had to utilize the dock port and the port on their device to get a dual monitor setup.

If you have any questions on the dock, feel free to reach out in the comments or on Twitter. Stay tuned for more articles and our upcoming Surface Book review! 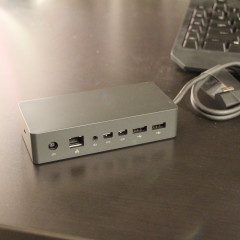 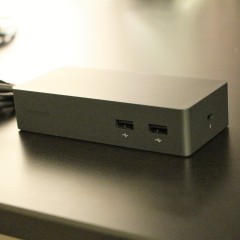 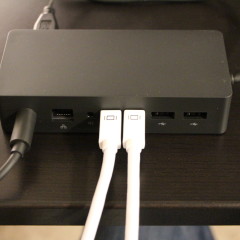 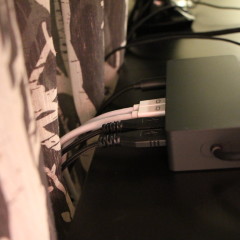 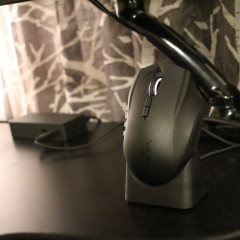 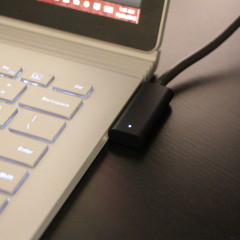 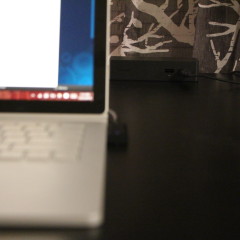 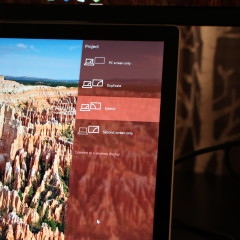 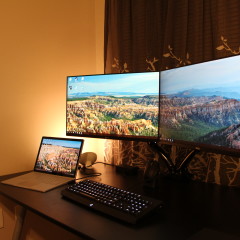 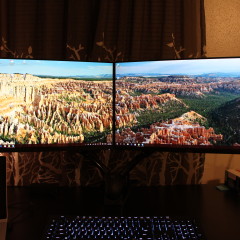 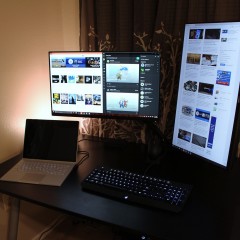