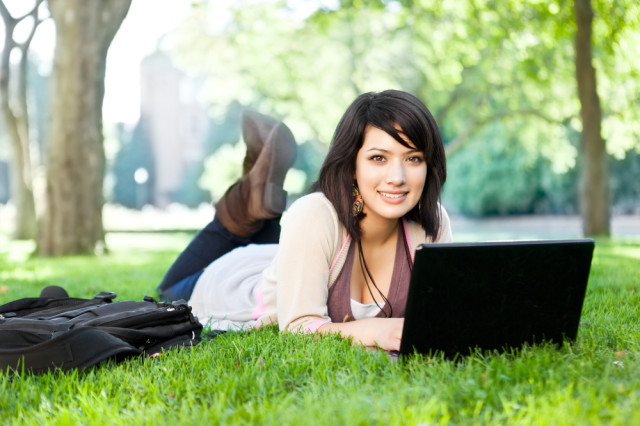 Much has been made about how PC shipments are currently declining worldwide and how tablet sales might overtake the PC industry in the near future. However, it appears that college students have yet to fully embrace the tablet trend, at least according to a new survey.

Marketwatch reports that, according to the annual "back to school” survey of college students by the research firm Deloitte, a whopping 82 percent of students own a laptop, while 80 percent own a smartphone. Tablets are still a low priority purchase with just 18 percent of students saying they own such a product.

One of the big reasons is that students, at least the ones that are going to college to study and learn and not just to party, need a laptop to do school work. Louis Ramirez, senior features writer on DealNews.com, states, "You can’t write a 10-page research paper with an iPad." The article points out that while there are many third party physical keyboards for the iPad and other tablets, the good old fashioned Windows desktop user interface can handle multitasking better than iOS or Android devices.

Laptops also tend to have bigger screens than tablets as well as better speakers, which is important for students who want to watch videos or listen to music in their dorm room. Finally, laptop prices tend to be at their cheapest level during the back to school sales period. Students can buy a solid laptop for as low as $200 and many PC makers offer special deals for students during this time period.

Ultimately, many analysts believe that the notebook-tablet hybrid product category will replace the regular laptop and tablet for students. If that happens it could be a big boost to Microsoft and its OEM partners who have already released a number of such products such as the Lenovo Yoga line and products from Acer.