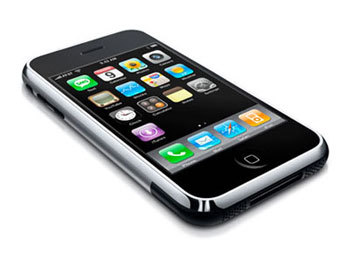 TechCrunch has posted the results of a survey taken by Phones 4u regarding women and their attraction to iPhone carrying men. The responses from the 1,500 women who participated may make your head spin. PR Newswire reports the following results from the survey:

"54% of women stated that they would be more likely to date a man if he owns an iPhone. One respondent suggested 'if he has an iPhone then he's obviously intelligent and well-off.'"

But wait. It gets better. Not only do iPhones give men superior brains and abundant wealth, 37% of women said that men with iPhones seem more reliable and that a second date would be a sure thing. One woman continued on to say:

"If he's got the cash for an iPhone then he must be very good at his job, too."

It's unclear which model iPhone women are most attracted to. Perhaps this will be answered in a future survey. Either way, if you're a man who happens to live in the UK and are having trouble scoring a date, be sure to invest in an iPhone. Women won't be able to resist your sudden charm and success.

No data was given about the effects of other smartphones. Maybe men with Android phones seem nerdier. Perhaps a Pre makes you seem feminine. Hopefully another poll will clear up the confusion.

Update: Unfortunately this survey was issued in error under the Phones 4U name [TechCrunch]. It appears the survey was mistakenly issued by a PR firm that conducted the research via a third party.

"StickyEyes conducted research via a third party, again without prior consent from Phones 4u and issued a press release detailing its findings without Phones 4u’s knowledge.

To confirm, Phones 4u had no knowledge of any said survey, nor did Phones 4u consent to or approve of the press release StickyEyes issued to PR Newswire and the information provided within the said release is factually incorrect."