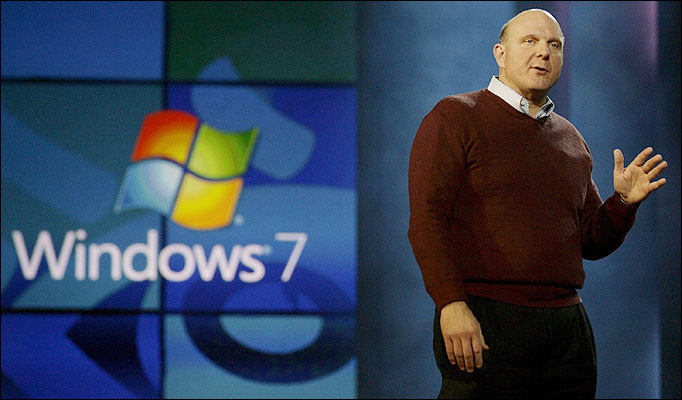 Today marks the six month anniversary of the launch of Windows 7 on October 22, 2009. Six months on and Windows 7 is a winner for Microsoft. Some organizations are also claiming the success of Windows 7 has seen a massive uptake of 64-bit computing.

Microsoft's success with Windows 7 began before the product was even widely available. Released in October 2009, the operating system has received praise from consumers, businesses and the media. In November 2009, Windows 7 managed to surpass Apple's Snow Leopard market share in just two weeks. In early February it was revealed that Windows 7 had reached 10% market share in just three months. To further cement its success, Microsoft announced that Windows 7 is the fastest selling operating system in history, selling over 90 million licenses to date. The company is projected to sell 300 million by the end of 2010, a goal that Microsoft could easily achieve.

Greg Lambert, Chief Technical Architect at ChangeBASE AOK, works with big enterprise businesses and supports their Windows 7 migration plans. Lambert claims there are two big drivers for the uptake-levels of Windows 7; the first being ease and speed of migration and the second is the ability to future proof management of applications. “We have also seen that Windows 7 is driving the wide-scale take-up of 64-bit computing. Many of our customers are worried that they will have application compatibility problems with an upgrade to a 64-bit environment. However after analysing their application estate they realise these issues can be automatically addressed which means they can opt for the more powerful 64-bit option," Lambert said in a statement to Neowin.

According to ChangeBASE's research, conducted with senior IT decision makers, more than 65% of businesses hoped to migrated to Windows 7 within 12 months of its release. Over 50% of those migrating will be choosing the 64-bit route. The large uptake of the 64-bit option will please the Windows team at Microsoft and may be a stepping stone to the end of life for Microsoft's 32-bit Windows operating system. Microsoft phased out 32-bit Server operating systems after the release of Windows Server 2008.

Screenshots of a Windows 7 post RTM build showed up on the web in February, fueling speculation that Microsoft is compiling early Windows 8 builds. The successor to Windows 7 is expected to be available in 2011. An ex-Microsoft worker penned July 2011 as the RTM date for Windows 8.

Microsoft is currently readying its first Service Pack for Windows 7. A beta version is expected in June with a public release in September this year.