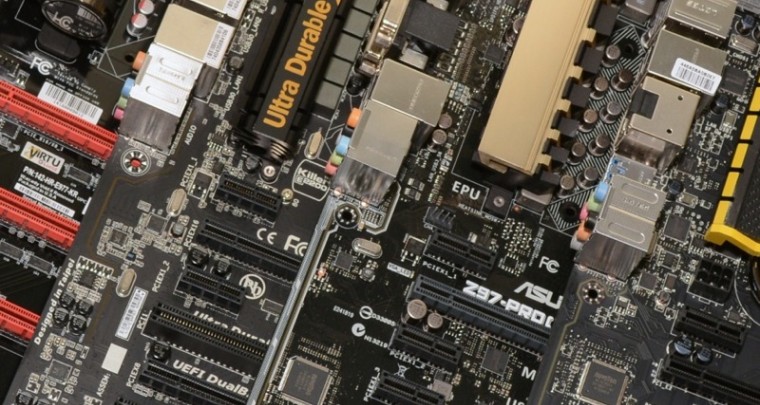 Codenamed 'Wildcat Point', the Z97 chipset is virtually identical to its Z87 predecessor with a few exceptions. The most noteworthy change is support for future Broadwell CPUs, which should arrive during the coming holiday shopping period. In addition to compatibility with future processors, the Z97 brought SATA Express as well as the M.2 socket.

Originally designed for mobile devices, the M.2 interface has found its way into desktops and the new Z97 and H97 chipsets have played a big role in speeding up its adoption as a replacement for mSATA. Having a smaller and more flexible specification together with more advanced features, the M.2 is better suited for solid-state storage applications in general.

With over 90 Z97 based motherboards available right now, picking the right one can be a difficult decision. Hoping to narrow the search down, we have taken seven popular boards and compared them in just about every way possible.

Read: 7-Way Intel Z97 Motherboard Roundup
This article is brought to you in partnership with TechSpot