It's hard to believe nearly seven years have passed since Relic Entertainment and THQ released Company of Heroes, a World War II-themed real-time strategy title that impressed the heck out of me and many other RTS buffs at the time. I even invested in the two expansions that followed, and have featured the game across plenty of CPU and GPU reviews as it's an excellent benchmark for gauging the performance of both components.

Like the original, Company of Heroes 2 is set in World War II but focuses on the Eastern Front. It's built on Relic's proprietary Essence 3.0 engine, which will supposedly help bring "new technological advancements" to the game. CoH 2 takes advantage of DirectX 11 but also supports DirectX 9 and its engine has a mess load of new features such as ColdTech, a dynamic system for effects such as snow accumulating against buildings and vehicles, restricting movement depending on the depth of the snow, and snow tracks left by units. 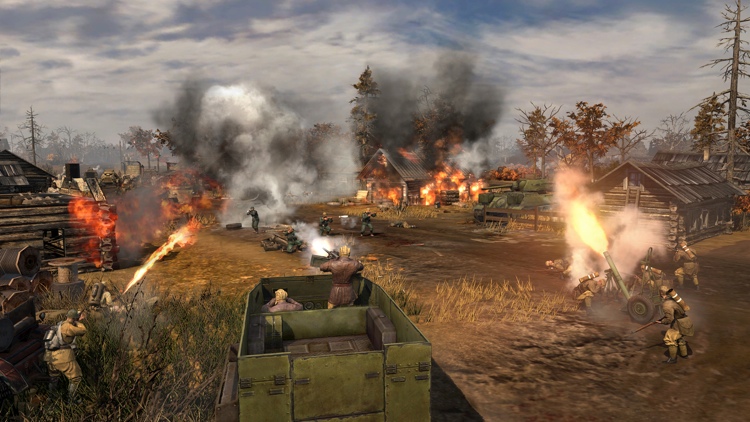 This extreme level of detail should be taxing all around with heavy loads on both the CPU and GPU, so we hope Company of Heroes 2 will serve as a fine PC benchmark in our reviews for years to come. In the meantime, let's see how Relic's latest game manages to tackle today's hardware.

Read: Company of Heroes 2 Tested, Benchmarked
This article is brought to you in partnership with TechSpot