On March 22, Nvidia unveiled its first "Kepler"-based graphics card. Branded as the GeForce GTX 680, the card is powered by a 28nm GPU codenamed GK104 that crams 3540 million transistors into a 294mm2 die. That's an improvement from the 40nm GTX 580, which has 540 million fewer transistors yet is almost three times larger, and it partly highlights the overall goal of Kepler: improved efficiency.

This refinement is visible in all aspects of the card, not least of which is raw performance. On paper, the GTX 680 has almost 200% more shader performance than the GTX 580, roughly 250% more texture performance, 90% more ROP performance and 100% more memory bandwidth. With the Radeon HD 7970 only being on average 9% faster than the GTX 580, AMD priced itself into a corner with its flagship originally set at $549. However, the company responded quickly by reducing prices on much of its HD 7000 series, putting the HD 7970 at $479, just under the GTX 680's $499 suggested rate. 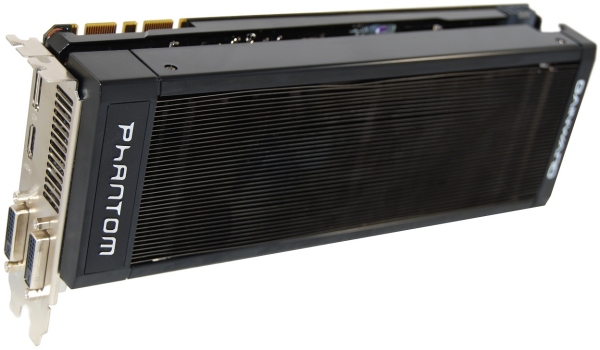 We were surprised AMD acted so fast. Although the GTX 680 is quicker than the HD 7970, Nvidia's card is still only available in limited quantities -- if at all. As of writing, Newegg doesn't have a single card available and Amazon has low stock warnings on most GTX 680s. While Nvidia struggles to meet demand, board partners have been busy crafting custom cards. Because we didn't get a reference sample last month, our GTX 680 review will showcase one of the special edition products instead, meet the Gainward GTX 680 Phantom...