One of Android's biggest distinctions when it comes to mobile operating systems is the ungodly amount of customisation and flexibility it offers. From custom ROMs to sideloading, to widgets, if tinkering with your device is what you want, no other mobile OS does it better.

Now, Android's power tools are varied and many, so I'll just focus on one today: customisation. Looking at the same row of icons day in and day out for years gets extremely tedious and boring after a while. If you're getting tired of the monotony of having the same home screen, here are the top three options when it comes to customising your Android experience. Note that apart from one option, I won't be focusing on launchers or icon packs here, instead opting for a more holistic revamp of your home screen. You can also check out our list of the best third-party Android launchers if that's what you're looking for.

KLWP is one of those apps that you didn't know existed but, when you first lay eyes on it, makes you instantly fall in love. Alongside being arguably the most powerful customisation tool on the platform, KLWP - short for Kustom Live Wallpaper - is also an insidiously ingenious take on shaking up your home screen.

Its claim to fame is the use of a live wallpaper to basically replace your entire launcher - or, more accurately, to place an extremely customisable, pretty, and interactive layer underneath whatever launcher you're currently using. This means that KLWP won't replace your launcher, and in fact requires the use of a custom launcher like Nova Launcher to work best. 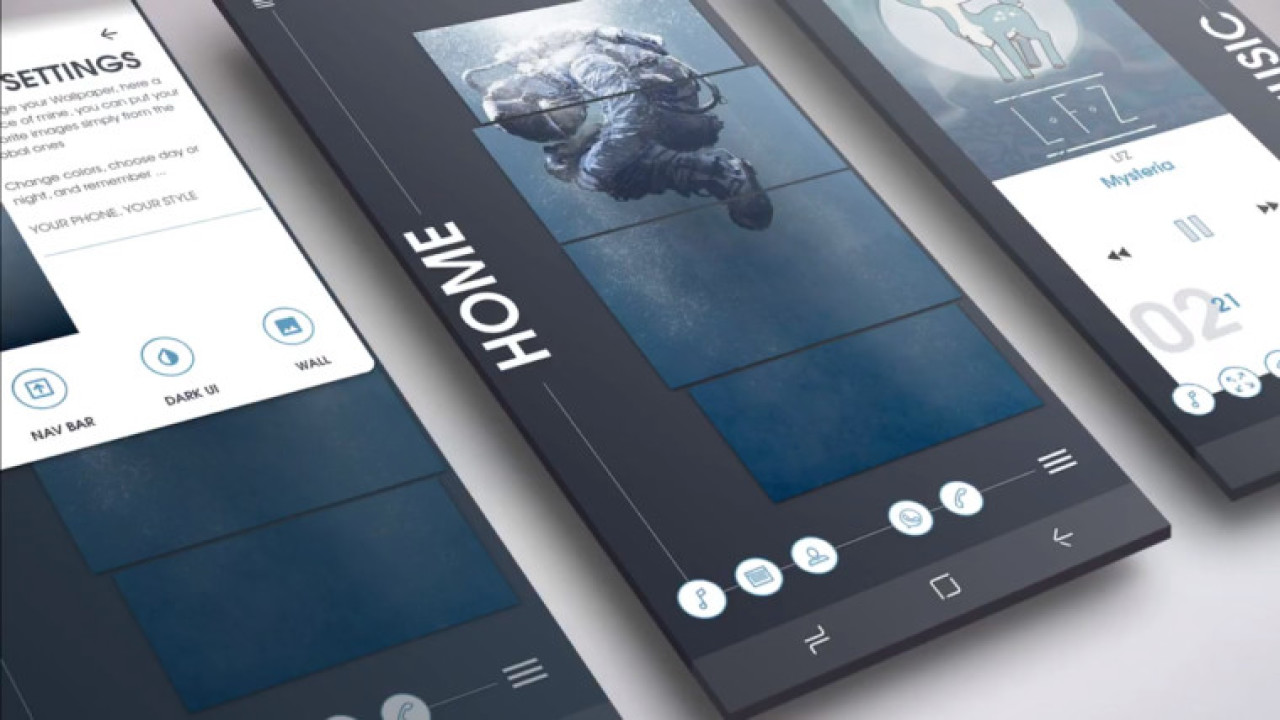 Instead of using a widget to customise your home screen with something like Zooper, KLWP makes it so that you entire wallpaper is a widget of sorts. The word wallpaper is a bit of a misnomer, honestly, as you don't just see KLWP: it's fully interactive. What KLWP does so well is best seen rather than read, so I've also included a few videos of some of my favourite KLWP themes below. I highly recommend checking them out.

Powering it all is one of the most extensive toolsets I've ever seen on Android, with the ability to add custom animations for transitions. You can also display a plethora of pertinent information like date and time or calendar events. What's more, KLWP even comes with its own programmable language that allows you to conjure up more complex queries to be displayed right on your wallpaper, like the first event you have in five days or a toggle for switching the colour of the background to a battery-friendly black when you're below 15% charge. Consider it Zooper Widget + Tasker on steroids. Speaking of Tasker, the app even has extensions that integrate with other apps, allowing for some cool stuff like outputting your favourite RSS feeds on the live wallpaper.

The possibilities with this app are simply amazing, and the only limit is your creativity. Using KLWP almost felt like I had a stripped down version of Android Studio specialised in creating full-screen widgets on my phone.

Now, with all that power, it's not hard to imagine that this app will seem quite daunting at first to most users. If you're interested in coming up with your own designs - which you can sell on the Play Store - it will certainly take some time before you're accustomed to the KLWP's language.

If you're a casual user who either doesn't have the time or the interest in doing all this yourself though, fear not. While KLWP's UI will definitely seem particularly forbidding at first, what's awesome is that a large number of stunning KLWP presets already exist on the Play Store. Now, the method for doing so is still a little too obfuscated, and I really wish Kustom would release a version of their app that allows for much easier browsing and installation of themes. Instead, you currently have to go through its relatively complicated editor to do so.

You will also have to pay $4.49 for the Pro version of the app to use others' themes as well as the $0.99 - $1.49 that most paid KLWP themes run for. There's also a decent selection of free themes though, if you're a bit constrained by your budget.

Along with its extremely powerful feature set, KLWP is also regularly updated, as opposed to Zooper Widget which hasn't been updated in over three years. While I'd love to just cover the entire Kustom line-up in this article, I'll restrain myself and simply give a shout-out to KWGT and KLCK, which are the widget and lock screen equivalents of KLWP. They sport a very similar interface and the same in-app programming language as KLWP, making moving between the different apps based on your needs a breeze.

Despite being a live wallpaper, KLWP's battery consumption isn't too bad, either. Your mileage will, of course, vary depending on how much stuff you put on your screen. That said, unlike other live wallpapers which need to run on high frame rates of up to 60fps, KLWP only refreshes every other minute, or if an animation needs to be played. Compared to Android widgets which are constantly refreshing even when your phone's locked and the screen is off, KLWP is able to distinguish between these device states, thus extending battery life.

It may not be for everyone, but if you're really looking to glamorise your home screen in a big way, this is the app to go for. It loses some points for ease of use, especially when it comes to casual users, though I'm more than willing to forgive that for what is simply an amazing app with an eye-popping toolset. It's also a little more expensive than you'd expect of a customisation app, but the price is well worth it, in my opinion. 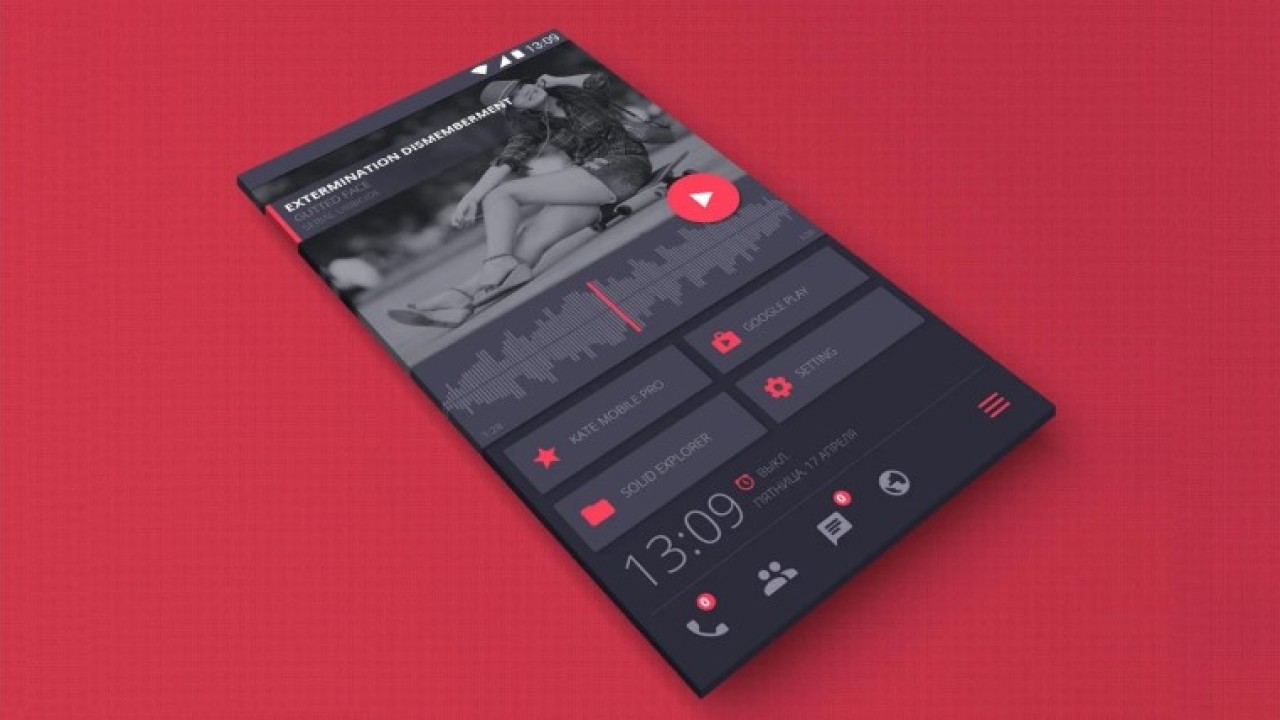 Zooper's aging look, an even more difficult interface than KLWP, and the lack of more powerful features that have been added by the newcomers played a large part in my switch from Zooper Widgets to the Kustom suite of apps.

It does, however, feature a wide variety of functions similar to KLWP, including its own set of functions with regard to date and time, battery life, phone status, and many other variables. It's older and missing some features, but it's no slouch, either.

Despite its technical inferiority to KLWP, Zooper has enjoyed the distinction of being the most popular customisation application on Android for quite a while. With that comes the perk of having an insanely large library of user-created custom widgets for anything you could think of. I would still prefer using KWGT over Zooper, but this app simply cannot be discounted due to the large community propping it up and creating content for it to this day. If you're a casual user and are not looking to overhaul your entire home screen with KLWP or make your own widgets, and don't mind the slightly more dated feature-set, Zooper may be the app for you. The free version is quite handy by itself, though the $2.99 Pro variant is a requirement for any third-party widgets you may find on the Play Store. It will also remove all ads, and adds support for Buzz Launcher.

That brings me to my last, and perhaps most accessible, choice in this list: Buzz Launcher. Now, unlike Zooper and KLWP, you won't be doing too many crazy things with Buzz Launcher. Customisability through this option will require changing your launcher, but if what you want is the ability to simply download an app, look through a bunch of ready-made themes, and install them with one click, Buzz will suit your needs well. It also has some features like animated icons that you won't find on the other two (you could technically replicate the feature via KLWP but it'd be a lot of work). 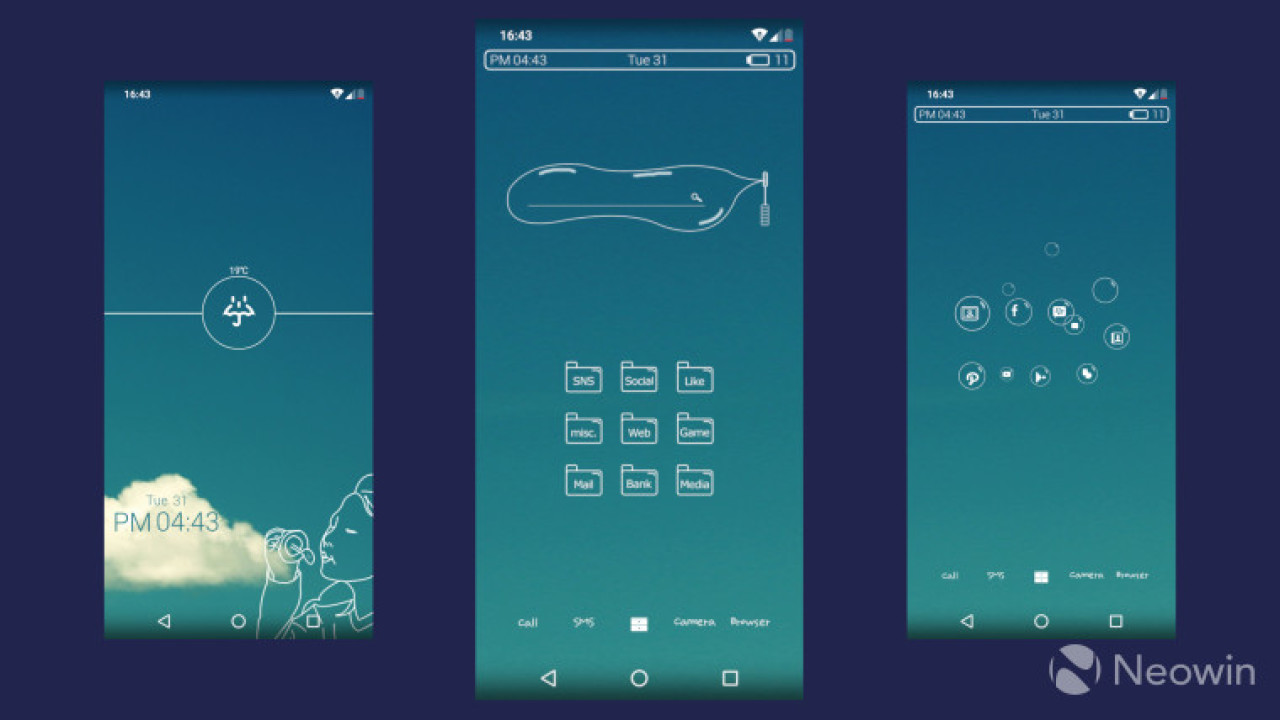 I for one am not the biggest fan of the app, particularly because the selection of themes on offer is simply inferior in terms of looks and design compared to what KLWP has going for it. The majority of themes I found in the app's 'Hot' section were loud and gaudy superhero wallpapers with noisy layouts that made me want to pull my eyes out. There are a few good ones here and there, sure, but they are few and far in between. I'd recommend the glass category if you're partial to clean and minimal designs like me.

The inability to go into the app and tinker with the layout of all the different things on screen was also a deal-breaker for me, though I imagine the ease of use which it is a natural result of will be a feature for many people.

This is a slightly unknown app with only 50K downloads on the Play Store, and it's not something that'll let you customise your phone. Yes, it contains a variety of wallpapers and ringtones, but it comes nowhere close to any of the above. 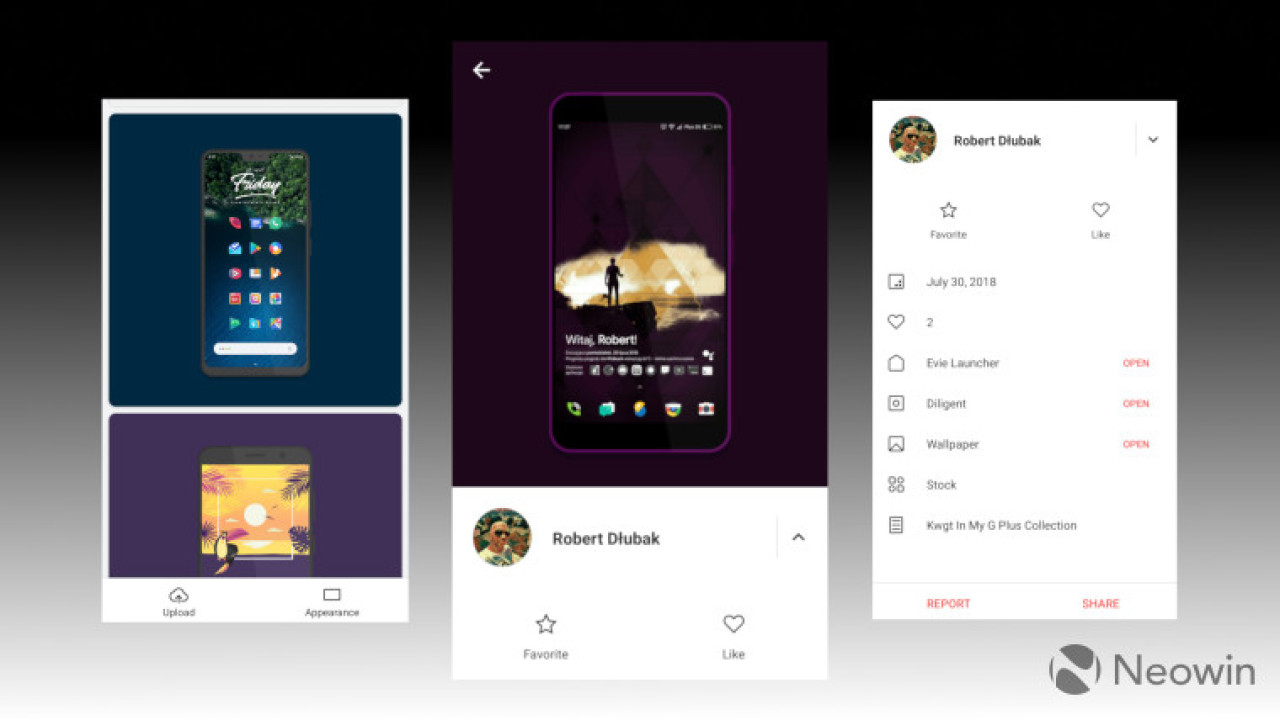 I'm including it on this list because of another feature: you can browse others' home screens for inspiration on how to style your own. Submissions also include all the pertinent details about the setup, such as which launcher, icon pack, and widgets were used in its creation.

Creative is not really a customisation app, but it is a useful resource for checking out other work and being part of a larger community of Android users who are just as interested in beautifying their phones as you are. You can also check out the Kustom Gallery and Kustom Official communities on Google Plus for some amazing KLWP and KWGT creations.

We'd also love to see what you're rocking on your smartphone so take a screenshot and show us what your home screen looks like below!