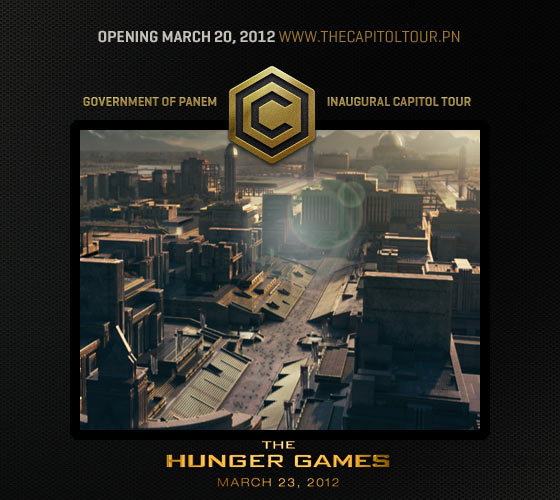 The Hunger Games is undoubtedly one of the most anticipated movies of 2012. Based on the best selling sci-fi novel about a woman fighting in a televised combat to the death, the movie is set to debut in theaters on Friday. Today, Microsoft announced it has assisted the movie's marketing team at Lionsgate in the creation of a new official website for The Hunger Games, using HTML5-based code.

The website will allow fans of the books and the movie to tour the Capital, the center of government in the fictional universe of The Hunger Games. While the website will work with all HTML5-based browsers, Microsoft of course recommends that people use Internet Explorer 9 to fully appreciate the new Hunger Games website experience.

Microsoft actually approached Lionsgate in 2011 with the idea of the creation of a new Hunger Games site. Ryan Gavin, the general manager for Internet Explorer, says:

They loved the idea. We had the opportunity to really dig into the universe of The Hunger Games and fundamentally change how people perceive what’s possible on the Web, all of which is best experienced in Internet Explorer 9. We wanted to create something that crossed the boundaries of books and movies, and we see this type of online experience as the next evolution in how Hollywood uses the Web.

The website will gain additional content over the next several weeks, including a training center where users can view contestants training for the Hunger Games.