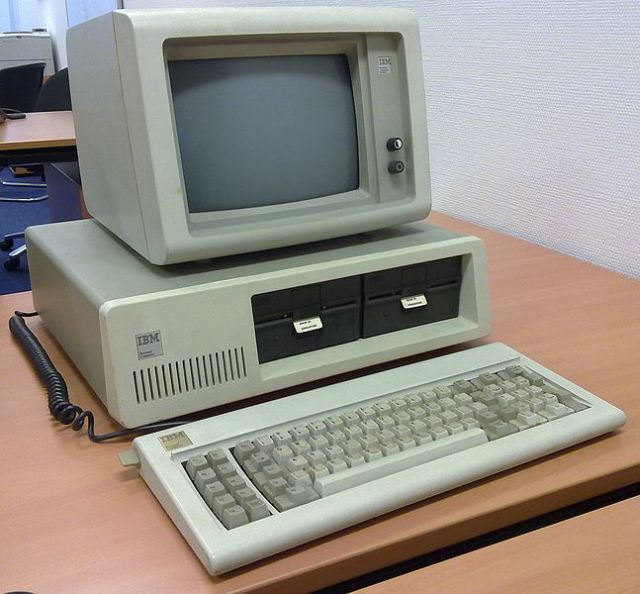 As we have been reporting earlier in the week, the IBM personal computer turns 30 years old today. The launch of the IBM PC turned out to be a turning point in computing in particular. The technology world in general was also changed as the design of the IBM PC was copied and used by most of the successful PC makers over the next three decades. The release of the IBM PC also started the launch of Microsoft's rise as its MS-DOS operating system was included in nearly all IBM based PCs.

IBM posted up the original press release issued on August 12, 1981 on its web site and its an interesting look back at both the technology of the time and how the IBM PC was marketed to the masses. One interesting thing is the price. The IBM PC was sold for "as little as $1,565." That amount today would buy you a fairly powerful PC today. Indeed you can get a fairly decent PC for much lower than what the original IBM PC sold for.

The first IBM PC could be bought with "up to 262,144 characters of user memory". The PC's screen had a "text system capable of displaying 256 characters in any of 16 foreground and 8 background colors." It also had a graphics capability of a whopping four colors 30 years ago. The keyboard for the IBM PC had 83 keys and a six foot cable that allowed it to "be used in the lap or positioned across a desk top without moving the computer itself."