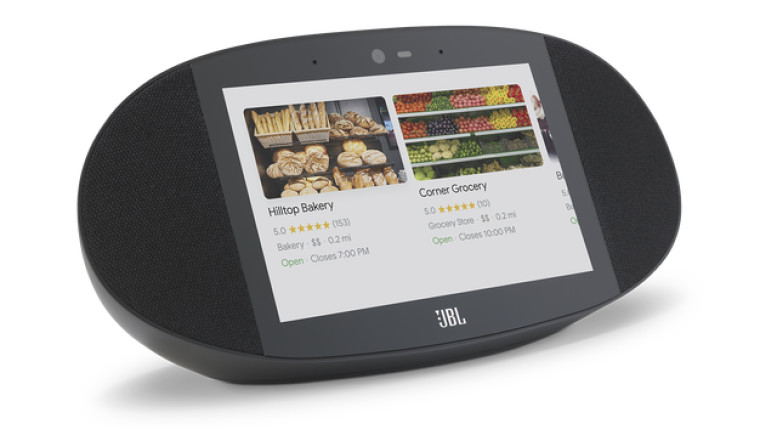 Harman International has opened preorders for the JBL Link View, a new smart assistant device powered by the Smart Display platform developed by Google, for $249.95 on the official website.

Originally announced at the CES 2018 in January, the JBL Link View incorporates an 8-inch touchscreen to a Google Assistant-powered smart speaker. It handles wireless Bluetooth streaming and voice-controlled assistant functions as is expected from such devices, but combined with a touchscreen, built-in Chromecast receiver and a 5MP camera, it can also cover some of the functions of tablets. The Link View is also splash proof and comes with a IPX4 certification, indicating it can also serve limited outdoor duties.

The JBL Link View is one of three smart speaker-tablet hybrid devices powered by the Google platform. Out of the three, Lenovo first launched its Smart Display device in late July with the price of $199.99 for the 8-inch version and $249.99 for 10-inch version. The other one, LG ThinQ View, can be preordered for $296.99 but won't ship until October. The Link View is expected to start shipping on September 3rd.