The price of NAND memory stacks has been trending down for the last few months, and according to DRAMeXchange (via Digitimes), the trend is going to continue all the way into the first half of 2019.

DRAMeXchange reported that the average selling price of NAND flash is expected to drop by 10% in both Q3 and Q4 of 2018. They cited low market demand and increased output as the reason behind the price drop. However, they also added that the lowered price may lead the OEMs to increase the storage size of the devices, citing the recent trend of flagship models with 256/512GB storage and even mid-range models with 64/128GB storage. 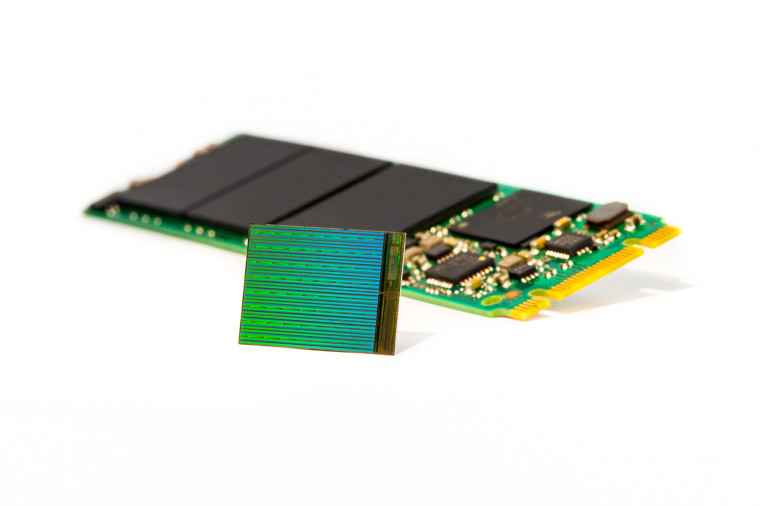 The downward trend in the low-level chip supply market is directly affecting the consumer space as well. Not only the chip suppliers are competitively putting out high-density NAND chips, but the performance of the controllers and memory chips are vastly improving, which standardized the market. Samsung ruled the market with 960 and 850 series for the last two years, but Western Digital (which now owns SanDisk) fired back with the second generation Black SSDs, and even lower-end competitors using Silicon Motion and Phison controllers followed suit. At this stage, all players in the market need to play aggressively to stay relevant.

Samsung, which rarely sold its NVMe 3.0 x4 drive 960 Evo and Pro below its MSRP until it neared the end of its lifespan, suddenly lowered the MSRP of its successor, the 970 Evo and Pro, before its launch earlier this year. Since then, the 970 series has gone on sale multiple times already, and at one point the 500GB version of the 970 Pro, one of the highest-end MLC SSDs on the market, was being sold cheaper than the 500GB 970 Evo at MSRP. The situation remains the same with the 860 Evo. Having virtually maxed out the SATA 3.0 bandwidth with the 850 already, the 860 differentiates itself with a longer lifespan and cheaper pricing.

Other companies are putting up strong discounts on bigger, faster products as well. In particular, the 1TB version of the HP EX920 NVMe 3.0 drive and the Crucial MX500 SATA drive are often sold significantly below their official retail price. The products of both companies were significantly slower than Samsung's until last year, but both caught up to their rival by a large margin. Places like SlickDeals or Reddit's r/buildapcsales subreddit consistently feature 500GB SSDs sold at under $100 and 1TB SSDs around the $150-170 price range, and many of them are highly competitive in terms of performance.

A milestone day: @Intel is now in production with the world’s first QLC PCIe SSD for the data center! pic.twitter.com/NUg1tAi9kq

Even after the first half of 2019, more signs indicate cheaper NAND chips and SSDs. DRAMeXchange noted in its report that Toshiba's new fab will start operating in 2019, and Intel has recently become the first company in the industry to mass produce QLC SSDs, opening up opportunities for cheaper high-density NAND memory chips. With cheaper, denser chips produced in larger volumes, SSDs are going to be cheaper with a higher storage size, a win for everyone.