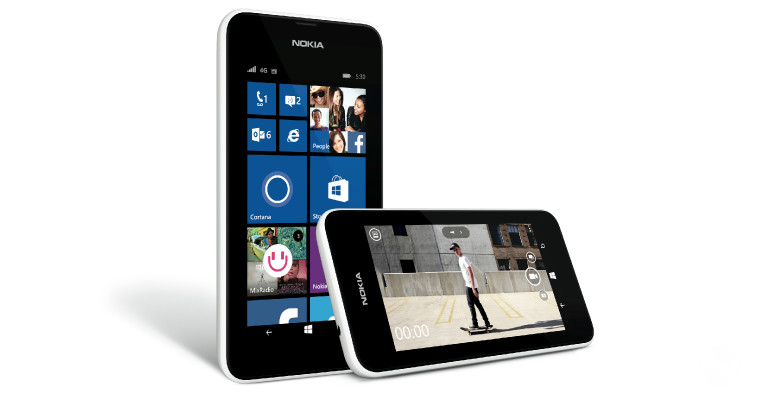 US Mobile - a 'mobile virtual network operator', or MVNO, that runs its services on T-Mobile's network - will next week offer a smartphone at one of the lowest price points ever seen in the United States. On November 30, it will begin offering the Nokia Lumia 530, an entry-level Windows Phone that originally went on sale last year, for just $9.99 with no contract.

The Lumia 530 is a barebones device with a very limited set of specs, including:

Curiously, US Mobile is promoting the Lumia 530 on its site as offering 'lighting [sic] fast 4G internet' on its graphic, and reiterates this further in its promotional blurb for the device [emphasis ours]:

Enjoy the functionality of a phone, plus check your e-mail, download videos and music with blazingly fast 4G speeds on US Mobile’s 4G LTE Network and use a 5.0MP camera to snap photos with the Microsoft Lumia 530. Use the touchscreen to navigate through features with ease.

However, the Lumia 530 does not support 4G LTE connectivity, as Microsoft's own specs for the device on its US website show:

Compare this with the specs of the Lumia 635 - a handset which does include 4G LTE support, and which was previously sold by T-Mobile, among others:

On top of that, it seems likely that the 530 will not be eligible for upgrade to Windows 10 Mobile. Microsoft has stated that the new OS will only be supported on devices that have a minimum of 8GB of onboard storage - and with just 4GB, the 530 falls short of that requirement.

However, while those caveats will probably rule out the 530 as a primary handset for tech-savvy buyers, it may well prove to be a solid choice as a back-up device, or perhaps a first smartphone for the kids, or even an older person upgrading from a more basic 'feature phone'.

But if you're on the lookout for an affordable smartphone that does include 4G LTE - and which will also be among the first to be upgraded to Windows 10 Mobile - you might consider Microsoft's Lumia 640, which is currently available for $39.99 off-contract (locked to AT&T). And if you're prepared to wait until Thursday, you'll be able to pick up the 640 for $29.99.

Source: US Mobile via WMPU