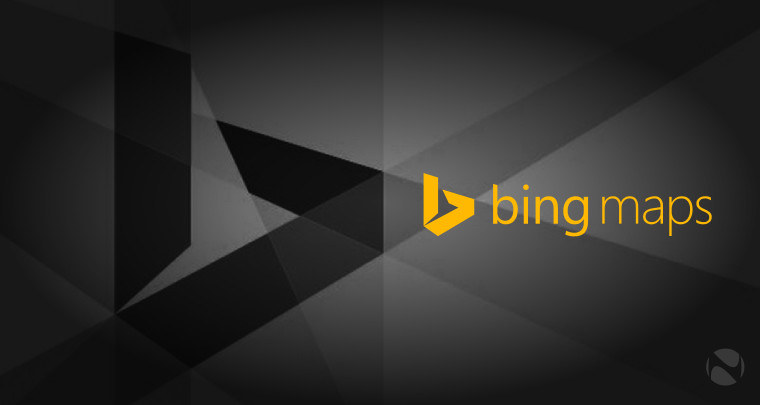 Microsoft has announced that they have introduced a new Traffic Cameras feature into Bing Maps, which utilizes 35,000 traffic cams across 11 unnamed countries. The feature also ties into the Clearflow traffic prediction algorithm, which launched last week. 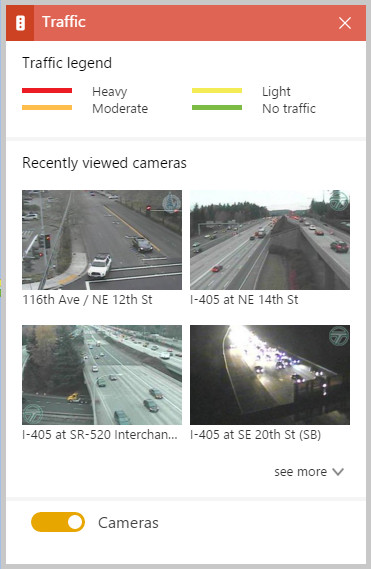 To access traffic cameras, simply browse to Traffic within Bing Maps to bring up the traffic layer, and as in the example above, you'll get a camera nearby; in this case, showing a view of the I-90 in the Seattle area.

If you want to compare traffic cameras in the area, simply head back to Summary and you'll see your Recently viewed cameras. The cameras you check regularly for your daily commute are ready and waiting.

The technology also utilizes the Clearflow traffic prediction algorithm which will show you - at a glance - how the traffic flow is in the area, with color indicators for 'No traffic', 'light', 'moderate' and 'heavy'.

Bing Maps will also let you know how long it will take you to get from point A to B using the Clearflow technology, and if the journey is congested, there is a link to “view route based on traffic.”

All in all, these features which have been rolling out alongside other Maps-related updates, go a long way to replacing sat-navs. With turn-by-turn direction already available through Bing, now you can monitor ahead of your journey just how congested the roads are before you set off.