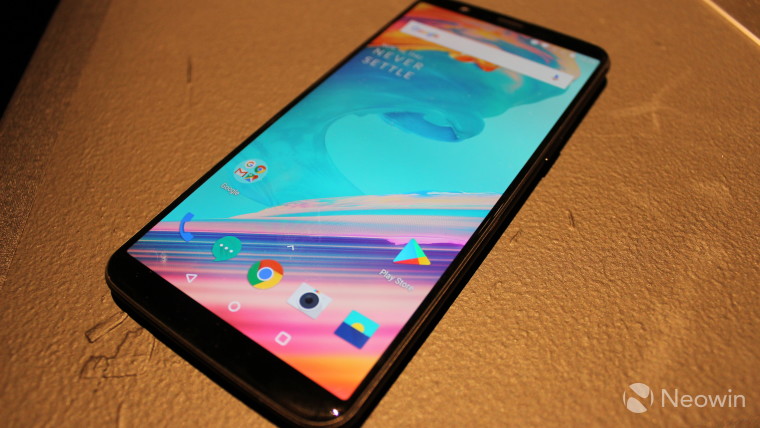 The newly announced OnePlus 5T went up for sale yesterday through the company's official website, and less than 24 hours later OnePlus has announced via Twitter that the new handset is their fastest selling device with record-breaking sales in the first six hours.

The handset brings noticeable improvements compared to its predecessor, offering a 6-inch 18:9 display with camera improvements and top-of-the-line specifications. Under the hood, there's a Snapdragon 835 processor, 64/128GB storage, a dual 16MP and 20MP rear camera, a fingerprint sensor on the back and Android 7.1.1 Nougat.

The phone costs $499 for the 6GB RAM/64GB model, while the more expensive variant features 8GB RAM and 128GB storage and carries a $559 price tag. You can check out our hands-on review here.