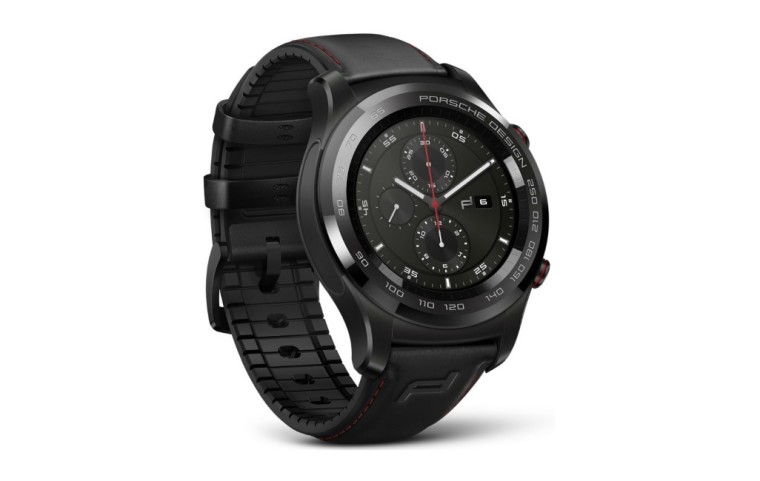 In February, Huawei announced the Watch 2 at its Mobile World Congress event in Barcelona, which went on sale a month later for the price of $369.99. Now, Porsche Design, the majority-owned subsidiary of Porsche AG that designs higher-end versions of various products and licenses the Porsche brand, has unveiled the Porsche Design Huawei Smartwatch, which is based on the regular Watch 2, and is intended to be a companion to the $1500 Porsche Design Mate 9.

Porsche Design replaced the rugged, sporty looks of the Watch 2 with a more luxurious, racing-inspired design. The iconic Porsche tachymeter scale is made of durable black ceramic, which is matched to a strap that has a natural rubber lining with a soft leather exterior. Several exclusive watch faces are included, many of which share the design of the brand’s traditional, analog watch dials.

The smartwatch features the same internals as the regular version, which we reviewed last month, and includes a 1.2-inch AMOLED display with a 390x390 resolution, a Snapdragon Wear 2100 processor, 768MB of RAM, and 4GB of storage. The watch runs the Android Wear 2.0 operating system, and has a 420mAh battery that is expected to last two days.

The Porsche Design Huawei Smartwatch has a price of €795 ($930), which is quite a bit cheaper than some of its rivals like the $1,600 Tag Heuer Connected Modular 45 and the $2,450 Louis Vuitton Tambour Horizon, but is available only in Europe and the UK for now, with no plans announced for a US launch.