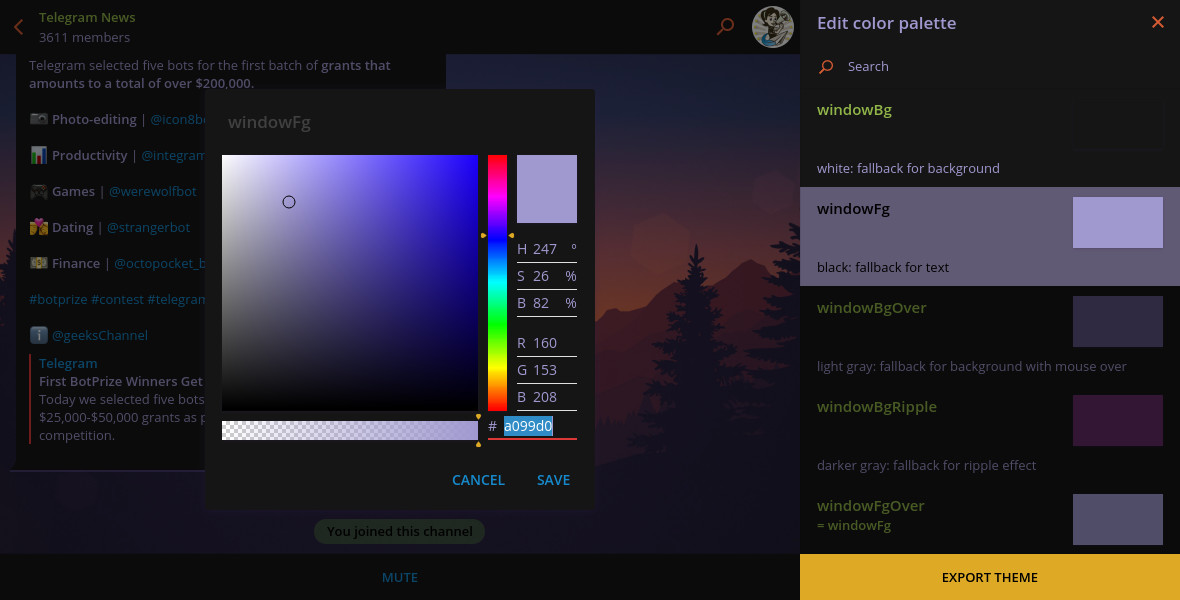 Version 1.0.12 of Telegram for desktop has been released for all users, bringing with it a theme editor accessible from the settings menu. In addition to better theme management, support for more emoji has been added, as well as the ability to click and drag on the waveform to play audio from a chosen moment.

Earlier in the month, the beta version of the desktop client was released which showed that themes would be coming with the next stable release. A stable Android build with theme support should be ready for users to download through the Google Play store in the not-so-distant future.

You can set themes for the desktop client in one of two ways. You can use the method that has been in Telegram on desktop since version 1.0.0 which was released last month; this method involves simply applying themes that others have already made and shared. Prior to today’s release, making themes meant editing code.

The second option you have, new in this release, is that of creating a theme yourself using the theme palette and picking the colours of each component of the messenger.

Beta builds of Telegram that have been distributed in the last few weeks showed that the Telegram team was working on some sort of payment system, and Pavel Durov, Telegram’s CEO, said that audio calls will land in the client at some point too; unfortunately neither shipped in Telegram for desktop version 1.0.12.