When Bitcoin came out of obscurity, not many people could mine it, mainly because of the need for specialized hardware to profitably mine the currency. After several years, new cryptocurrencies were born, which took advantage of the power of your everyday graphics card, allowing anyone with a computer to take a shot at mining.

Because of this, graphics cards have become extremely hard to come by, and in some cases, retailers have intentionally raised prices to capitalize on the demand by individuals who mine these currencies daily. Recently, GPU OEM's announced that they would build hardware specifically modified for this purpose, but one part of the process has remained woefully behind in the race.

The typical motherboard supports up to six graphics cards using the PCI-e slots, and two or three using the PCI-e 3.0 sockets for gaming. This has left miners in a bit of a pickle, as they would have to build more systems, which would drive up initial investment cost and power usage. Biostar became one of the first to try and capitalize on this by releasing their latest BTC motherboard. However, the limitation imposed by Windows, which currently only supports up to eight GPUs, has kept manufacturers from pushing the boundaries of what is possible. 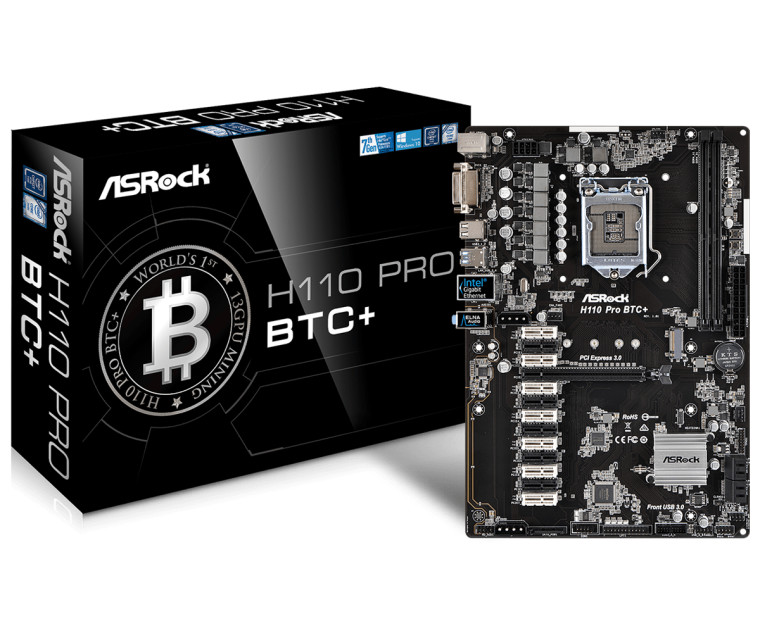 Last month at Computex, ASRock announced that its new H110 Pro BTC+ cryptocurrency mining motherboard will support 13 GPUs through PCI-e. However, the only way you can effectively use all that potential is by running Linux, until Microsoft patches this arbitrary limitation in Windows. The motherboard will cost a reported $140, which is an excellent price and option, especially for those that were thinking about building a unit with more than six cards. .

Cryptocurrencies like Bitcoin have become more valuable than gold, and with it requiring more powerful hardware by the day to stay profitable, the PC hardware market will remain in deadlock with many retailers having a tough time keeping items in stock while this gold rush continues for the odd gamer that might want to upgrade their system.