You may think that your expensive DSLR capable of 16 megapixels can take amazing shots, and for normal shooting conditions it probably does. 4640 x 3480 certainly seems like a decent resolution, and when you zoom in the fidelity is quite sharp and can make the smallest of text readable; after all, you have captured something in this world with 16 million pixels.

However this pales in comparison to some of the largest images ever taken. I’m talking on the gigapixel scale, or 1,000,000,000 pixels: a number so large that when zoomed in to accommodate a 1080p display you will find details that are seemingly hidden in the full image. Exploring them can not only be fun but truly amazing and captivating.

Many images have been “taken” that are in the gigapixel range, most of which are a collage of many smaller images stitched together with perfect accuracy. The largest publicly available gigapixel image comes in at a whopping 152.41 gigapixels spanning 871708 x 174838 pixels. To view this image in full over standard 1080p monitors you would need 73,548 of them, and if printed it would accommodate a space larger than the walls of an aircraft hangar.

The 152 gigapixel image itself is a stunning panorama of Rio de Janeiro that features several bays, large clusters of buildings, a very long bridge, the airport and of course the famous Christ the Redeemer statue atop Corcovado peak. The fully zoomed out image can be seen above and just some of the details of the image can be seen below. It’s such a high resolution that you can make out the words on a billboard far in the distance to the right. 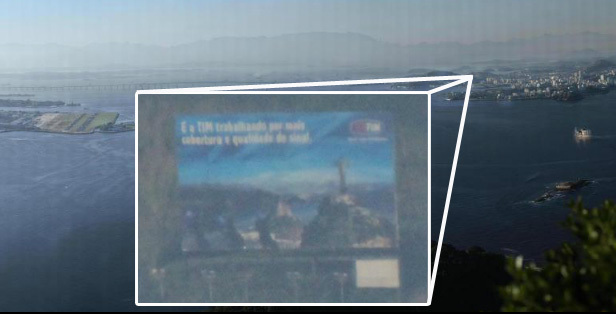 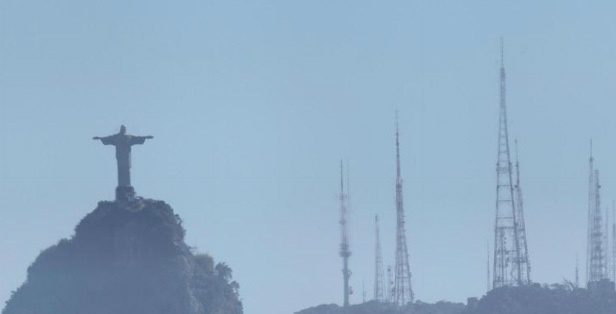 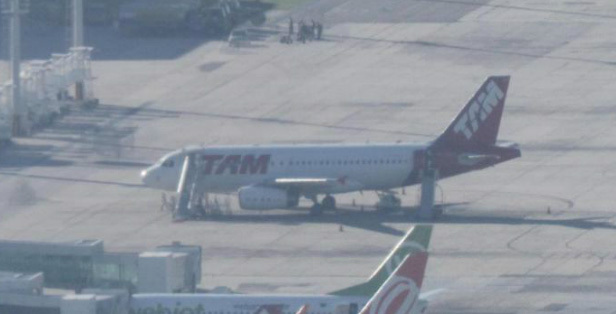 On the tech side of things, this amazing image was taken with a regular Canon EOS Rebel T2i capable of shooting at 18 MP equipped with a Canon Zoom EF 100-400mm lens and 2x teleconverter. The Rio-HK team that captured all 12238 images ended up with a 568 gigabyte image that took nearly 8 days to stitch together using the Autopano Giga stitching software.

If Rio de Janeiro isn’t your scene then you can check out some of the other gigapixel images that have been compiled. I really enjoy just going through and discovering the small details of the image, such as people walking on the street and planes in the distance. One of my favourite images is the 111 gigapixel stitch of Seville in Spain that has an amazing crispness and color depth to it.

If you find anything cool in any gigapixel image you might happen to be browsing, take a snapshot of it and let us know in the comments below.

Update: One of our readers Sebastian dsicovered a larger Gigapixel image that clocks in at 272 GP with a total image size of 1.24 TB. However this image has a stated optical pixel level of 112 gigapixels, meaning the "real" image size is slightly less than the 152 gigapixel image we listed above.