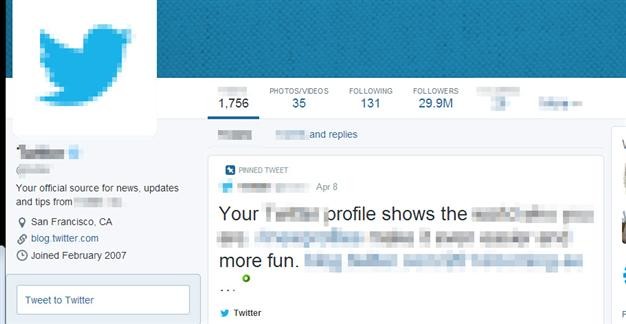 For the past month popular social networking site Twitter has been under siege in Turkey, following a complete ban by the Erdogan administration for several days in March. The ban was quickly overturned, but now Twitter users in Turkey will see a different type of censorship -- blurring and pixelated posts.

The popular Turkish news outlet Hurriyet Daily News reports that the government, after talks with executives of Twitter, "have reached a consensus to 'neutralize' malicious content that is the object of court decisions by pixelating." The statement added that the Turkish government and Twitter have also agreed to stay in touch in order to solve any possible conflicts "quickly and effectively." That could include having Twitter set up an office in the country in the future.

It sounds like Twitter has negotiated a kind of "censorship agreement" with the Turkish government that will allow the site to continue to be accessible in the country, despite potential filtering. However, this is likely not the end of the fight between the two parties. Prime Minister Recep Tayyip Erdoğan, who previously banned Twitter in Turkey, has since accused Twitter of being "guilty of tax evasion." Add it all up, and it sounds like this solution is more like a temporary Band-Aid than a long-term compromise.