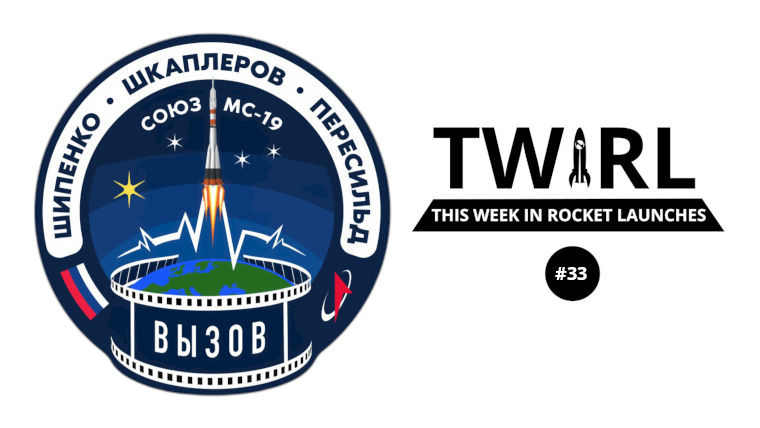 The near-empty launch schedule this week is set to be compensated for with the launch of a film director and an actress into space. Russian cosmonaut Anton Shkaplerov will fly film director Klim Shipenko and actress Yulia Peresild to the International Space Station where the latter two will spend a week to film a movie in space, which is the first time this has been done. The Russian title for the film will be Вызов (Vyzov) if you want to look out for it when it's released – that title translates to English as The Challenge.

Those involved with the feature-length film will launch from the Baikonur Cosmodrome on Tuesday, October 5 at 9:55 a.m. UTC aboard Soyuz MS-19. They are set to return to Earth a little over a week later on October 17 aboard Soyuz MS-18. Commander Oleg Novitsky will lead their ride back to Earth while Pyotr Dubrov and Mark Vande Hei will stay aboard the ISS for a while longer and eventually return back to Earth with Shkaplerov.

The film’s director Klim Shipenko is no stranger to making films set in space. In 2017, a film he directed called Salyut 7 was released. The film is a dramatisation of events that took place during the Soyuz T-13 mission to repair the Salyut 7 space station which had essentially died due to an issue with its solar array. The mission to restore power to Salyut 7 was a success.

The first launch of the week lifted off on Monday morning (UTC) from the Jiuquan Satellite Launch Center in China. A Kuaizhou-1A rocket launched a Gaofen satellite for the Jilin-1 constellation which will perform remote sensing work that should benefit agriculture, forestry and more.

Also on Monday, the United Launch Alliance’s Atlas V rocket carrying the Landsat 9 satellite took off from Vandenberg Space Force Base in California. The Landsat 9 is part of the Landsat programme which has been operating since the 1970s. The satellite will perform Earth observation work.

Next, we've got the SpaceX CRS-23 Dragon undocked from the ISS on Thursday. It was not carrying any crew members back to Earth and had not taken any people to the space station. The mission has brought cargo up to the ISS for those aboard.

While not a rocket launch, the BepiColombo satellite sent back its first pictures of Mercury. Hopefully, in the coming days and weeks, we will be able to see even greater shots of the Sun’s nearest planetary body.